Lisa Curtis says though it is too late to penalise Pakistan, the US should learn from 20 years of intransigence and maintain low expectations from Islamabad when it comes to counter-terrorism cooperation 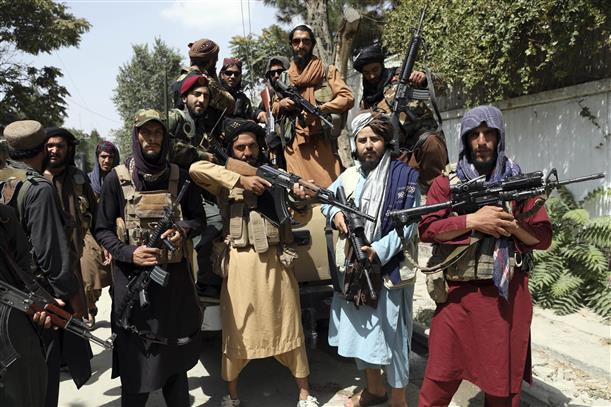 Ahead of a maiden bilateral meet between Prime Minister Narendra Modi and US President Joe Biden, a former national security official in the Trump Administration has pushed for greater counter-terrorism coordination with India on Afghanistan and reevaluation of its reliance on Pakistan in the matter.

Lisa Curtis, the director of the Indo-Pacific Security Program at the Centre for a New American Security think-tank, said though it is too late to penalise Pakistan, the US should learn from 20 years of intransigence and maintain low expectations from Islamabad when it comes to counter-terrorism cooperation.

Since 2001, no US administration has been able to successfully convince Pakistan to crack down on Taliban activity inside its territory, she wrote in the periodical Foreign Affairs.

"It may be possible for Washington to work with Islamabad when targeting other terrorist groups such as ISIS-K, the Islamic State's Afghanistan offshoot. But Pakistan's intelligence service will never turn on the al Qaeda-linked Haqqani network.

"Pakistani military and intelligence leaders rely on the latter to deny India a foothold in Afghanistan," she wrote in the periodical.

Instead, the Biden administration should refocus its efforts on coordination with other regional democracies, especially India. For too long, Washington eschewed the idea of counter-terrorism cooperation with New Delhi out of deference to Pakistan, Curtis said.

"With that policy in tatters, the United States must realise that it has far more to gain by coordinating with democratic states that fight terrorism than by fruitlessly trying to work with regimes that rely on terrorist proxies to achieve regional objectives," she argued. PTI