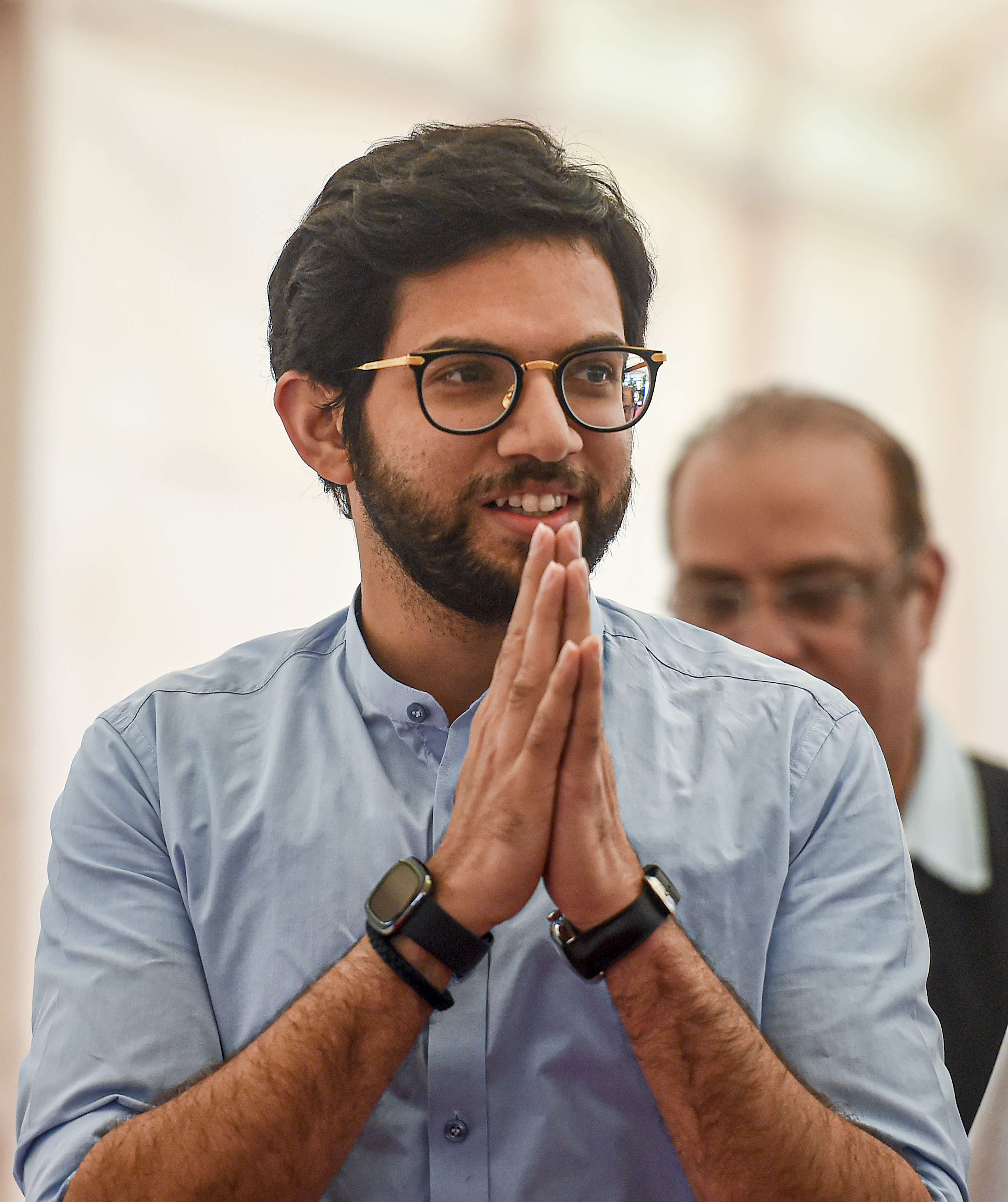 Notice has not been issued to Aaditya Thackeray. PTI

The Eknath Shinde group Chief Whip Bharat Gogawale has served disqualification notices to all Shiv Sena MLAs who defied his whip for the floor test of the new government on Monday.

However, Gogawale said the notice had not been issued to Worli MLA and ex-minister Aaditya Thackeray, the son of former chief minister Uddhav Thackeray, as a sign of respect for Balasaheb Thackeray.

Earlier, prior to the Speaker's election and the House trust vote, Chief Minister Shinde and his group had cautioned the Shiv Sena MLAs that they could face action for defying Gogawale's whip -- as both sides are trying to exercise their authority over the 56-year-old party.

Shinde made it clear that he was the Shiv Sena Legislature Party leader and Gogawale the party's Chief Whip, and those who violated their whip would face action.

On Sunday and Monday, Shiv Sena Chief Whip Sunil Prabhu and Shinde group's Gogawale had issued separate whips to both sides to vote as per their directives or face disqualification.

However, the Shinde group faction had defied Prabhu's whip and the government cleared both the major tests -- July 3 Speaker election and July 4 vote of confidence -- smoothly on expected lines.

The next round is likely to unfold after the Supreme Court hearing in the matter scheduled for July 11. IANS