Exodus from BJP continues in UP, one more minister, 2 MLAs resign 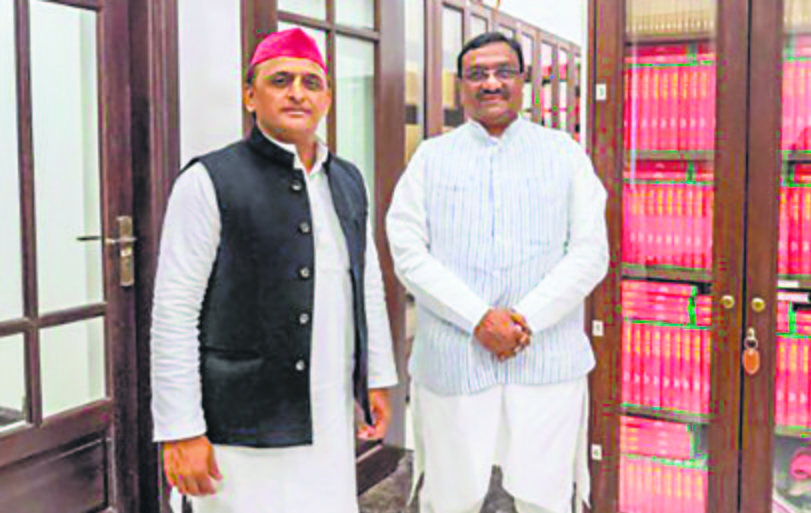 Exodus from the BJP in Uttar Pradesh continued for the third day. One more minister and two MLAs quit the party on Thursday. The total number of leaders who left the saffron party since Tuesday rose to nine. Rebel leaders Swami Prasad Maurya and Dara Singh Chauhan warned of more resignations.

OBC leader Dharam Singh Saini, who became the third minister to resign from the Yogi Adityanath Cabinet this week, claimed the trouble within the BJP started more than a year ago. “Almost 140 MLAs launched a dharna against the government because of the way oppressed and backward were being treated. We were waiting for the right moment. One minister is resigning every day. This will go on till January 20,” he said.

Maurya, who today led rebel leaders at a meeting with Samajwadi Party chief Akhilesh Yadav, claimed “endgame” for the BJP. “I will not give up till they (the BJP and RSS) are wiped out from UP,” he tweeted in Hindi.

Shikohabad MLA Mukesh Verma while resigning from the party cited the UP government’s “lack of respect” towards backward classes and Dalits as the reason.

While most of the legislators belong to the OBC category, a Brahmin MLA, Bala Prasad Awasthi, is also believed to have walked out of the BJP today, sources said. The four-term MLA from Lakhimpur Kheri is a known Brahmin face in the Terai region. BJP sources said most of rebel leaders are “loyalists” of Maurya.