The procedure for her release was completed at the Victoria Hospital, where she is currently undergoing treatment for Covid infection 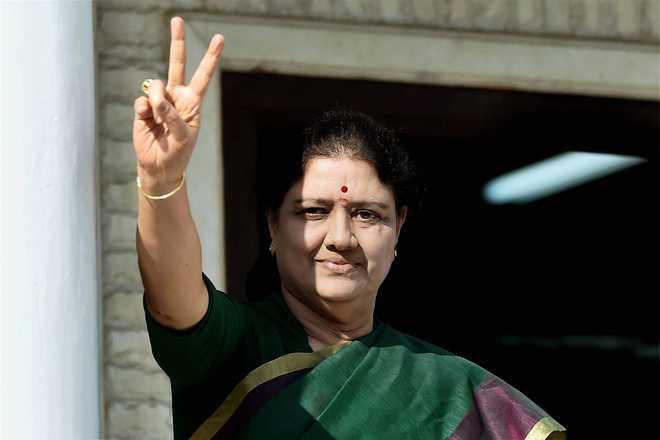 Expelled AIADMK leader VK Sasikala was released on Wednesday after serving four years’ imprisonment in a corruption case at a prison here.

The formalities for her release were done at the state-run Victoria Hospital, where she, along with her sister-in-law J Ilavarasi, is undergoing treatment for Covid infection, which she had contracted a week ago.

According to hospital sources, prison officials sporting PPE kits completed the formalities inside the Covid ward of the hospital.

However, she would remain at the Victoria Hospital for another three days as mandated under the Covid protocol, though she is now asymptomatic and her symptoms have reduced.

"As per protocol, she will be discharged on 10th day (January 30) if she is asymptomatic and free for oxygen support for at least three days," the hospital said in an official bulletin.

A large number of supporters of the 66-year-old close aide of former Tamil Nadu chief minister late J Jayalalithaa lined up outside the Victoria Hospital, raised slogans in her favour and distributed sweets in celebration.

Sasikala was in prison since February 2017 along with Ilavarasi and late Jayalalithaa's foster son VN Sudhakaran in connection with the Rs 66 crore disproportionate assets case.

Sasikala was charged with hatching a criminal conspiracy with Jayalalithaa, with whom she was closely associated, and amassing wealth disproportionate to known sources of her income.

The September 27, 2014, order of the Special Court awarding imprisonment and fine of Rs 10 crore each, was upheld by the Supreme Court on February 14, 2017.

Sasikala, Ilavarasi and Sudhakaran had held huge properties in their names worth crores of rupees from July 1991 to April 1996, though they did not have such a source of income.

While Sudhakaran was freed a month ago, Ilavarasi will be released in the first week of February.

Sasikala's release from prison comes close to Assembly elections in Tamil Nadu, due in April-May this year. PTI