The body of a Dalit farm labourer from Punjab, Lakhbir Singh, 35, was on Friday found tied to an overturned police barricade at the Singhu border 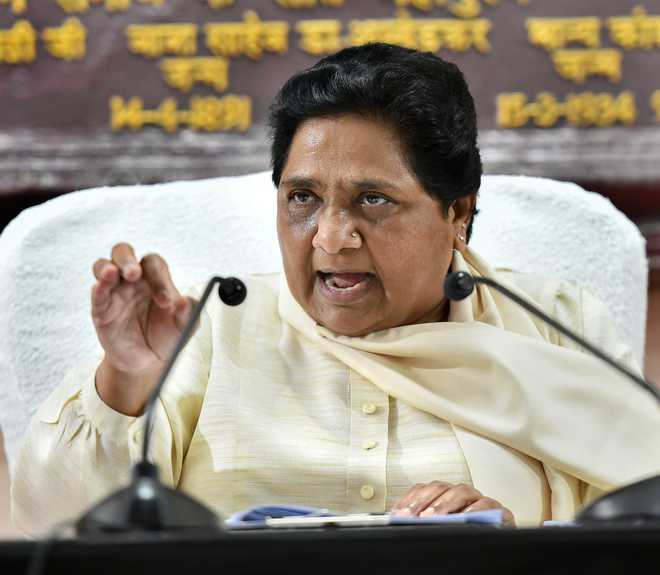 Bahujan Samaj Party (BSP) chief Mayawati on Saturday said the lynching of a Dalit man at a farmers’ protest site near the Delhi-Haryana border was extremely sad and shameful.

The body of a Dalit farm labourer from Punjab, Lakhbir Singh, 35, was on Friday found tied to an overturned police barricade at the Singhu border where farmers are protesting against the Centre’s agri laws. His left hand was chopped off and his body had over 10 wounds caused by sharp-edged weapons.

Hours after the macabre crime, a man wearing the blue robe of Sikhs’ Nihang order appeared before the media, claiming that he had “punished” the victim for “desecrating” a Sikh holy book.

“The brutal murder of a Dalit youth from Punjab at Delhi’s Singhu border is extremely sad and shameful. The police must take the incident seriously and take strong action against the accused persons.

“The BSP demands that the Dalit chief minister of Punjab should give a financial assistance of Rs 50 lakh and a government job to the aggrieved family, as was done in the Lakhimpur Kheri incident,” Mayawati said in a tweet in Hindi.

The Samyukt Kisan Morcha (SKM), an umbrella body of farmer unions that is spearheading the farmers’ agitation against the Centre’s three agri laws, said a group of Nihangs has claimed responsibility for the brutal killing after the man allegedly tried to desecrate the ‘Sarbloh Granth’.

A man, Sarabjit Singh, has been arrested in connection with the lynching. Earlier on Saturday, a Haryana court sent him to seven-day police custody.

According to police, Sarabjit named four more people during interrogations while pointing to their involvement in the incident. —PTI