JD-U hits back, says Bihar will be central to ‘BJP-mukt Bharat’ in 2024 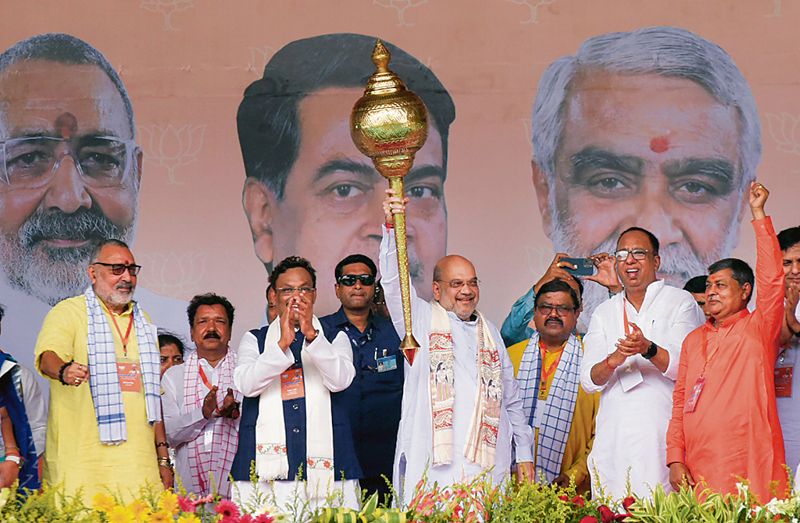 Union Home Minister Amit Shah during a rally at Purnea in Bihar on Friday. PTI

Stating the BJP would form government with full majority in the state, Shah accused Kumar of not having any ideology and “giving up socialism in favour of caste-based politics”.

“Nitish ji, you did the same thing in 2014. In the 2024 Lok Sabha elections, the people of Bihar will rout this ‘mahagathbandhan’. The BJP will form a government with full majority after the 2025 Assembly polls,” he said, addressing his first public rally in the state after the JD-U left the NDA. Shah said the BJP believed in politics of service and development, instead of selfishness and power.

“Nitish Kumar backstabbed the BJP because he wanted to become the Prime Minister and is now sitting in the lap of the RJD and the Congress. He just has one ideology that his chair should remain intact,” he said. Shah is on his two-day visit to the Seemanchal region of Bihar and is scheduled to hold a series of meetings with MPs, MLAs and leaders of different cells of the party.

Hitting back at Shah’s “backstabbing” charge, the JD-U said it was the BJP that had conspired to stab Kumar in the back. Party president Lalan Singh launched a sharp attack on Shah, saying his party needed no certificate from him and that Bihar would be central to making a “BJP-mukt Bharat” in 2024 by ensuring the saffron party’s rout in the next Lok Sabha polls.