Maharashtra Congress chief Nana Patole said he should write to PM Modi, whose government has turned India into a ‘funeral yard’ 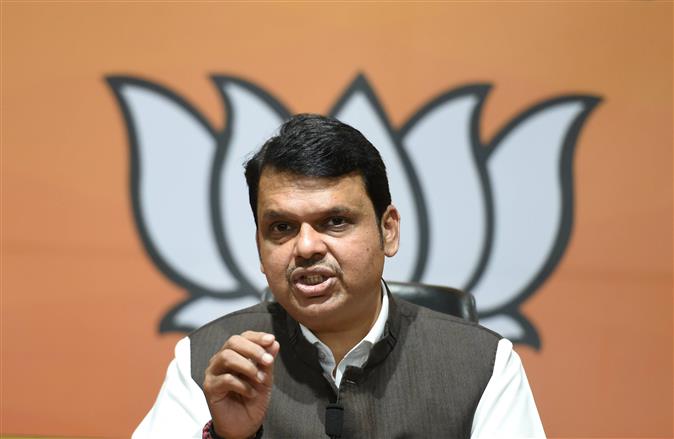 BJP leader Devendra Fadnavis wrote to Congress president Sonia Gandhi on Saturday about the COVID-19 situation in Maharashtra, and said she should rather advise the states where her party is in power about how to handle the pandemic.

State Congress leaders hit back, alleging that the BJP-led Union government’s “arrogance and complacency” led to the present crisis.

The former Maharashtra chief minister in his letter pointed out the high mortality rate in the state and alleged that the Shiv Sena-NCP-Congress government was neglecting Vidarbha, Marathwada and North Maharashtra in the fight against the pandemic.

Fadnavis’s letter follows Gandhi’s own missive some time ago to Prime Minister Narendra Modi about alleged slip- ups in the handling of the COVID-19 outbreak by the Centre.

While criticising the Centre, Gandhi should also give advise to the states ruled by the Congress, Fadnavis said.

Maharashtra accounts for as much as 22 per cent of coronavirus cases in the country, 31 per cent of deaths and 14 per cent of active patients at present, Fadnavis wrote.

The overall situation in the country would improve if the Maharashtra government got its act together, he said.

The “Mumbai model” of handling the pandemic, which has won praise from the courts as well as the Centre, was only “about doing more rapid antigen tests” (against RT-PCR tests) while reducing overall testing, he claimed.

COVID-19 deaths in the metropolis are being “suppressed” as 40 per cent of fatalities are categorised as deaths caused by other reasons, Fadnavis alleged.

“Of 4,000 deaths being reported on a daily basis in the country, 850 are from Maharashtra alone....There has been no focus on Vidarbha, Marathwada and north Maharashtra. It seems they are left to their fate,” he said.

Responding to Fadnavis’ missive, the state Congress said it was an attempt to cover up the Centre’s failure.

“Fadnavis should show the guts to write to the Prime Minister,” he said in a statement.

Congress leader Rahul Gandhi’s warning about the pandemic in February 2020 was not heeded and now there are more than four lakh active cases in the country, he said.

“The Union government’s arrogance and complacency is responsible for this situation,” Patole said.

Because of the poor performance of the Centre, the Supreme Court had to set up a national committee on allocation of oxygen to states, he said.

When other countries were vaccinating their citizens at accelerated speed, “Modi was busy in election campaign”, Patole said.

Despite difficulties, Maharashtra has managed to vaccinate 1.15 crore people, highest in the country, he said.

The Centre gave 1.8 crore vaccine doses to Maharashtrabut this was minuscule considering the state’s population and the number of patients, Sawant said.

He also disputed Fadnavis’s claim about the Centre giving 1,750 tons of oxygen, saying 1,250 metric tons is the “in-built capacity of the state”. — PTI