Addressing the farmers, Tikait said the the future strategy of the SKM will be chalked out during a meeting in Delhi on September 6 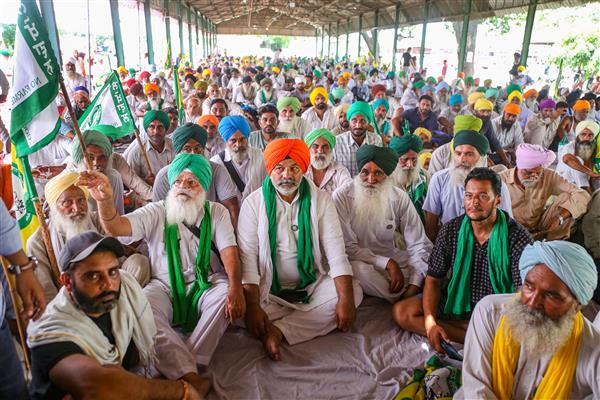 Addressing the farmers, Tikait said the the future strategy of the SKM will be chalked out during a meeting in Delhi on September 6.

DistrIct Magistrate Mahendra Bahadur Singh and others arrived at the dharna site around 2.30 pm and received a memorandum by the farmers.

The officials assured that a meeting at the government level for the farmers will be arranged in the first week of September, before Tikait and other farmer leaders ended the stir which ran for 75 hours.

Tikait and others said the agitation started with the arrival of farmers from various states from Wednesday night itself. Many of the protesters would leave only by night, he said.

The SKM had organised the dharna at Rajapur Mandi Samiti in Lakhimpur city in support of its various demands, including the sacking of MOS Home Ajay Kumar Mishra, release of “innocent” farmers from jails, a law guaranteeing MSP (minimum support price), the withdrawal of the Electricity Amendment Bill 2022, payment of sugarcane dues and land rights to farmers.