Father carries gun to school as he escorts kids amid rising incidents of stray dog attack in Kerala : The Tribune India 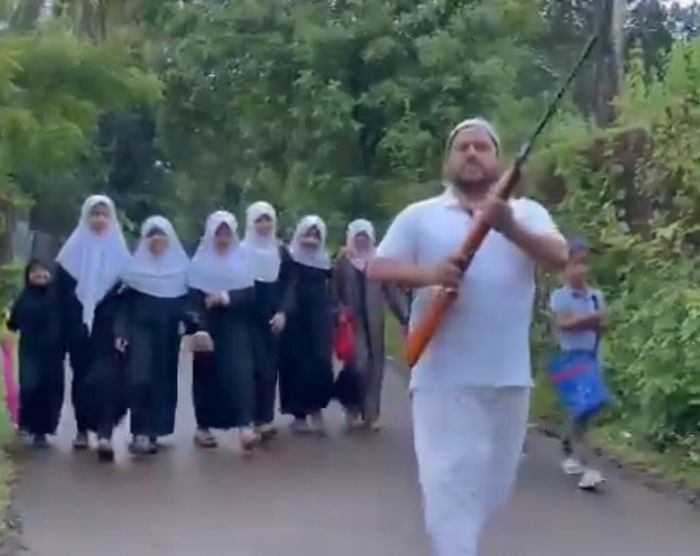 A case was registered against a man on Saturday for carrying an air gun to protect his children from stray dogs, while escorting them to a nearby Madrasa here.

The police registered the case on its own, a day after a short video of an armed Sameer escorting a group of children to the Madrasa had gone viral.

In the video, he could be seen walking in front of the children wielding the gun and saying that he would shoot any stray dog if it attacked them.

Bekal police told PTI that IPC Section 153 (wantonly giving provocation with intent to cause riot) was slapped against the man.

Sameer had told media on Friday that it was his responsibility as a father to ensure the protection of his children.

He pointed out that he was forced to carry the gun as his own children and those of his neighbours stopped going to school for fear of stray dogs, which has been an issue in the area for some time.

Amid mounting criticism of the government's inability to control canine population or instil confidence among people regarding efficacy of the anti-rabies vaccine, the Left government has initiated steps to address the menace on a war-footing.

The government has launched a state-wide mass vaccination campaign from September 20 to October 20 for vaccinating stray and pet dogs and opening more Animal Birth Control centres.