Declaration made by CM, days after he called upon all peoples’ representatives, govt officials to do the same and maintain transparency in public life 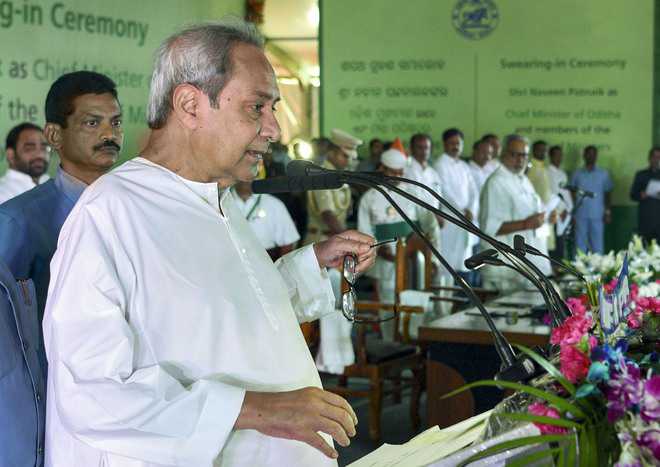 Son of legendary Odisha leader Biju Patnaik and himself being chief minister continuously for the past two decades, Naveen Patnaik is owner of property worth Rs 64.98 crore, comprising movable and immovable assets, according to a statement.

The declaration, for the last financial year, was made by Patnaik, days after he called upon all peoples’ representatives and government officials to do the same and maintain transparency in public life.

Out of this, the major portion of his asset is inheritance from the family properties.

Patnaik’s property statement revealed that he has seven bank accounts in various locations such as in New Delhi, Bhubaneswar and Hinjilikut in Odisha’s Ganjam district.

The CM’s movable properties include bank deposits and jewellery worth Rs 1.34 crore.

Among immovable properties, Patnaik has a farmland and building spread over an area of 22.7 acre at Tikri Khera village of Faridabad, valued at over Rs 10 crore.

He inherited the farm from his mother.

Patnaik also owns 50 per cent share of his ancestral property at APJ Abdul Kalam Road in New Delhi, valued at over Rs 43 crore.

He has two-thirds share in Naveen Niwas, located near Bhubaneswar airport, worth over Rs 9,52,46,190. This, too, was inherited from his mother.

The CM has a financial liability of Rs 1.25 crore, which he had taken as advance against the sale of a farmland at Faridabad vide an agreement dated September 18, 2019.

Last year, the chief minister had a liability of Rs 15 lakh, which he had taken from his elder sister Gita Mehta.

However, he paid the loan this year, the statement said.

Naveen Patnaik, who also heads Biju Janata Dal (BJD) is on the chief mini8sterial chair for a record fifth term since 2000.

A glance through the details of assets declared by members of Patnaik’s cabinet show that Sports minister Tushar Kanti Behera has the lowest total property worth Rs 32.33 lakh only. PTI