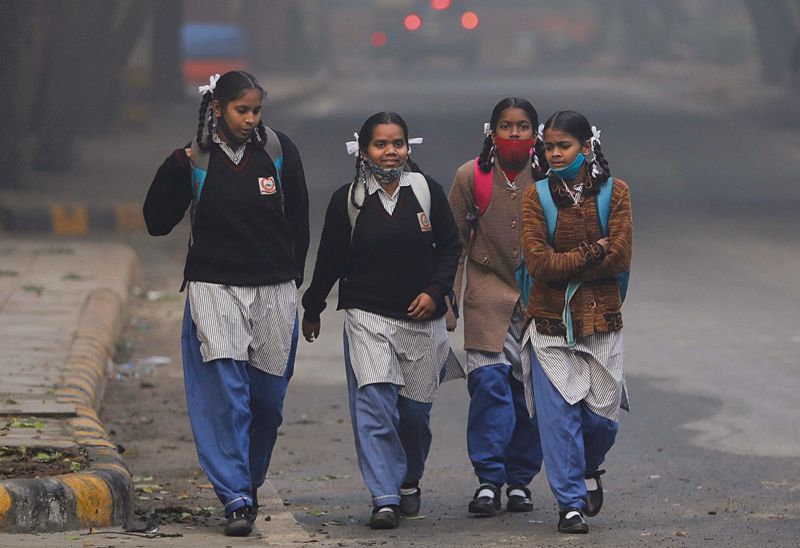 Girls walk to a school on a smoggy morning in New Delhi. Reuters

The Supreme Court on Monday ordered Delhi, Punjab, Haryana and Uttar Pradesh to comply with the directions issued by the Commission for Air Quality Management in NCR and Adjoining Areas, the Centre and the court, and asked them to file compliance reports by Wednesday.

Posting the matter for further hearing on Thursday, a three-judge Bench led by CJI NV Ramana said, “We want to give an opportunity to the states to comply with the directions. They are directed to comply forthwith and file replies by Wednesday…. The states must implement all measures in 48 hours.”

If the states fail to enforce directions, we will set up a task force for implementing measures to reduce air pollution. —SC Bench

“I can play videos showing how dust is coming up from the site,” Vikas Singh said even as Mehta said, “This is just trumpet-blowing.” Earlier when Mehta said AQI was 405 today, the CJI corrected him and said it was 419.