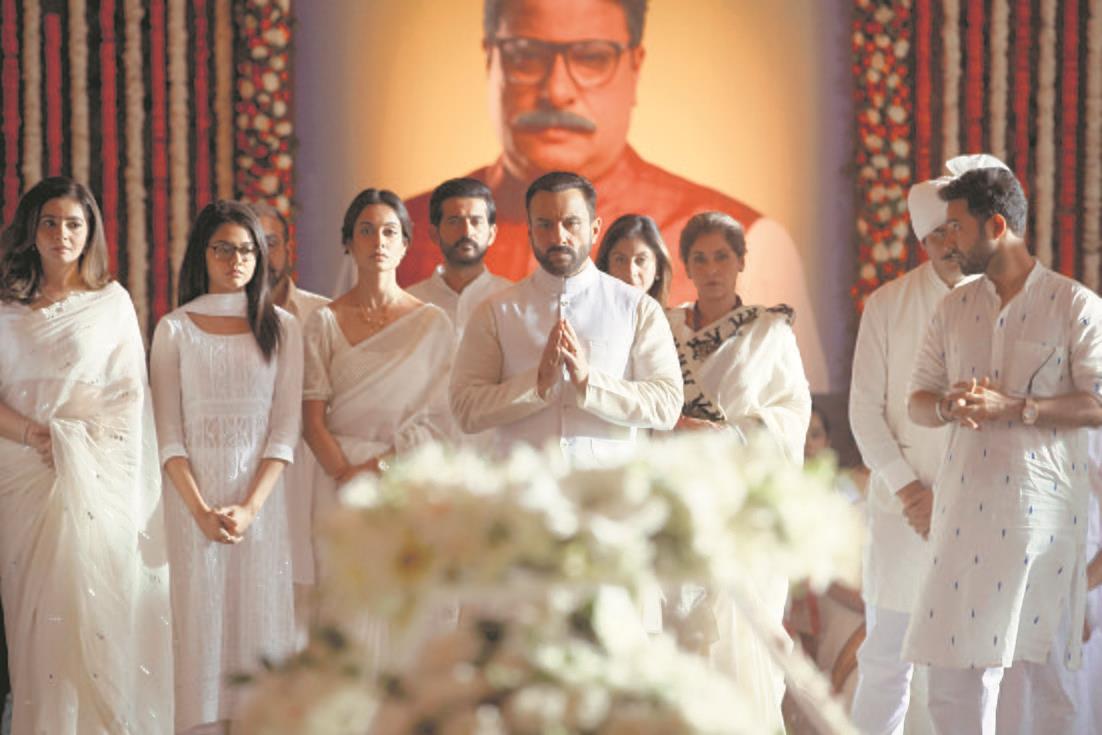 An FIR has been lodged here against the makers of web series ‘Tandav’ and Amazon’s India head of original content for allegedly depicting Hindu gods in a manner hurtful to religious sentiments of the people.

“Protests are being registered against some scenes hurting the religious and ethnic sentiments in the Tandav web series, in respect of which it would be appropriate to remove whatever is objectionable so that the atmosphere of peace, harmony and mutual brotherhood in the country is not spoiled anywhere,” she said.

According to the FIR, following public outrage expressed on social media platforms, the web series was viewed and it was found in the 17th minute of the first episode of the series that Hindu gods and goddesses have been allegedly presented in an “undignified manner” and shown using language which is hurtful to religious sentiments.

Dialogues in the web series can incite caste anger, the FIR stated.

It also alleged that the person occupying the high post of Prime Minister of India has been portrayed in a very belittling manner besides there are scenes in which castes have been presented as low and high and women in an insulting manner.

The FIR further alleged that intent of the web series is to incite religious sentiments of a particular community and create enmity among classes. This act of the producer-director has hurt and incited religious and caste sentiments of the people, the FIR added.

The FIR has been lodged under Sections 153 A (promoting enmity between different groups on grounds of religion, race, place of birth, residence, language), 295 (injuring or defiling place of worship with intent to insult the religion of any class), 505 (1) (B) (statements conducing to public mischief with intent to cause, or which is likely to cause, fear or alarm to the public, or to any section of the public whereby any person may be induced to commit an offence against the State or against the public tranquility) and 469 (forgery for purpose of harming reputation) along with sections of the IT Act.

Taking cognizance of complaints that Hindu gods and goddesses have been ridiculed in the web series, the Ministry of Information and Broadcasting had on Sunday sought an explanation from streaming platform Amazon Prime Video on the issue, sources had said.

“The ministry has taken cognizance of the matter (complaints) and asked Amazon Prime Video to explain,” a source in the ministry had said.

Kotak, the MP from Mumbai North-East, said different organisations and individuals have complained that Hindu gods and goddesses have been ridiculed in the ‘Tandav’ web series.

When contacted about the complaints, Amazon Prime Video PR had said the platform “won’t be responding” on the matter.

The government recently brought OTT platforms such as Netflix, Amazon Prime Video and Disney+ Hotstar, besides other online news and current affairs content, under the ambit of the Ministry of Information and Broadcasting, giving it powers to regulate policies and rules for the digital space. — PTI

England elect to bat in fourth Test in Ahmedabad

India look to qualify for the World Test Championship final

Took the step in a fit of rage after seeing daughter in an o...