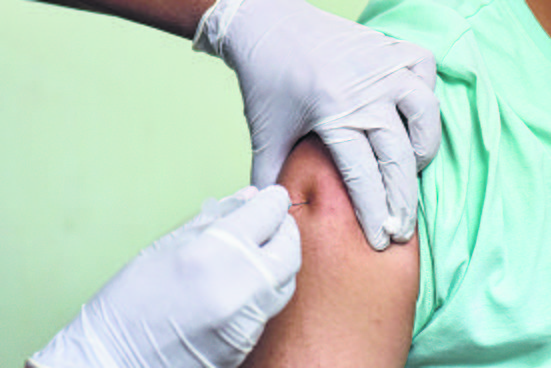 A vaccinator allegedly used a single syringe to administer anti-Covid vaccine doses to 39 children at a private school in Madhya Pradesh’s Sagar city, prompting the authorities to suspend the district vaccination officer, officials said on Thursday.

The incident took place on Wednesday at the Jain Higher Secondary School during a mega vaccination drive, after which an FIR was registered against the vaccinator, Jitendra Ahirwar, a district official said.

Ahirwar, who has not been arrested yet, is a student of a private nursing college and had been trained for carrying out vaccination programme by the Health Department, Sagar district’s Chief Medical and Health Officer Dr DK Goswami said. The 39 children, aged 15 and above, were from Classes IX to XII, a health official said. The parents of some of the students on Wednesday observed the vaccinator using the same syringe to inoculate the children and raised an alarm for gross negligence on his part, the officials said.