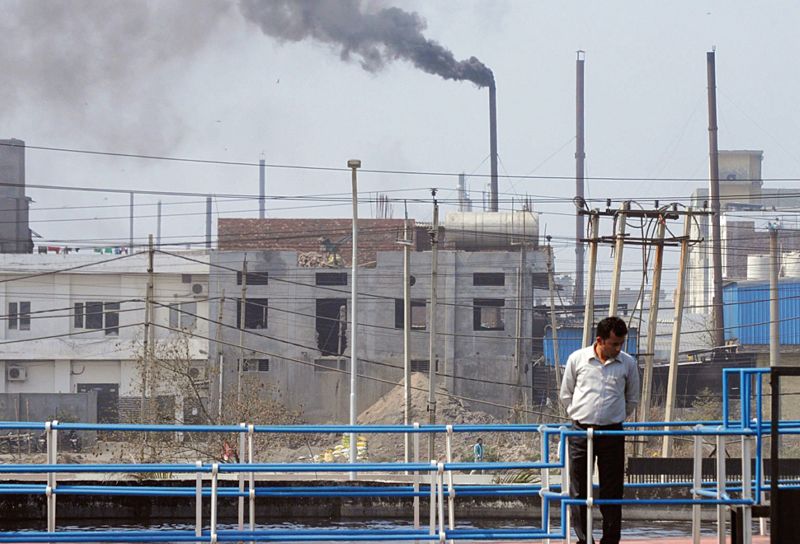 The Supreme Court on Friday ordered the Centre and NCR states to close schools and colleges and operate non-PNG-run industries only up to eight hours a day from Monday to Friday to check air pollution that continued to be hazardous for weeks.

A Bench led by CJI NV Ramana ordered them to implement the latest directions issued by the Commission for Air Quality Management in National Capital Region and Adjoining Areas on Thursday and posted the matter for further hearing on next Friday. The order came after the commission told the Bench that it had set up a five-member enforcement task force to contain air pollution in Delhi-NCR and 17 flying squads had been constituted to catch defaulters of air pollution. The number of flying squads would be raised to 40 within 24 hours, it said.

The ban on entry of trucks, excluding those carrying essential goods and those running on cleaner fuel, will continue, it said after perusing the affidavits by the Centre and the Delhi Government.

“It is submitted that 17 flying squads have been constituted, which will directly report to the ‘Enforcement Task Force’ of the Commission and the ‘Enforcement Task Force’ itself will exercise powers of taking punitive and preventive measures against the non-compliant or defaulting persons or entities,” the commission said. The flying squads had already started functioning and had conducted surprise checks at 25 sites, it added.

The operation of thermal power plants within 300 km of the radius of Delhi shall continue to be regulated in terms of the commission’s November 30 order whereby only five out of 11 thermal plants had been permitted to schedule their operations and the rest had been directed to remain inoperative till at least December 15, the commission stated in its affidavit.

The affidavit came a day after the top court set a 24-hour deadline for the Centre to propose concrete measures to check the worsening air pollution situation in Delhi-NCR and pulled up the Delhi Government for exposing children to it by reopening schools.

On behalf of the Uttar Pradesh Government, senior counsel Ranjit Kumar said the order with regard to restrictions on non-clean fuel industries would affect sugarcane crushing and harm farmers.

As Kumar said UP was on downwind, air was mostly coming from Pakistan, the Bench said, “So you want to ban industries in Pakistan?” The Bench asked the UP Government to approach the commission with its grievance against the directions about industries.

During the hearing, the Bench took exception to a section of the media allegedly portraying it as a “villain” wanting to close down schools here.

Senior advocate AM Singhvi, representing the Delhi Government, drew the court’s attention to a report in an English newspaper that said the court had threatened to take over the administration.

“You can condemn all of this but where do we go? Where did we say that we will take up an administrative role? We cannot interfere with the freedom of speech and expression… A political party can hold a press conference but we can’t,” the court said.

Quoting Mark Twain, Solicitor General Tushar Mehta said, “If you don’t read newspapers you are uninformed and if you read them you are ill-informed.”

SC snubs UP: you Want to ban industries in pak?

As UP said order on non-clean fuel would hit cane crushing and the state was on downwind as air was coming from Pak, the SC asked, “So, you want to ban industries in Pakistan?”