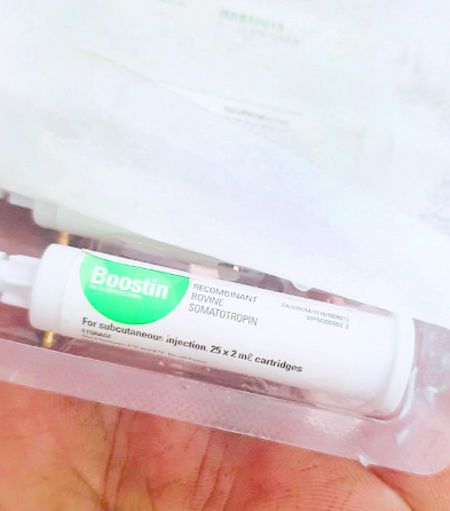 The banned injection, bovine somatotropin (BST), is being used in some parts of Haryana and other states to improve the milk yield in buffaloes. Somatotropin, a synthetic growth hormone, is not approved for use in India.

Sources said dairy owners were using the banned animal drug, which is reportedly being supplied from other countries. A farmer from Kaithal, Rakesh, has complained to the state authorities, including the agriculture minister, chief secretary and the animal husbandry department, that the illegal substance was being used by some cattle breeders to get a higher milk yield. Demanding an inquiry, he alleged that its use was in violation of the Haryana Animal (Registration, Certification and Breeding) Act, 2019. Besides, he alleged that its availability was also in violation of the Smuggling Activities Act, 1974. Another farmer, Pradeep from Jind town, said he had complained about the matter to Haryana Chief Minister on Twitter.

The former Director of the Central Institute for Research on Buffaloes (CIRB), Hisar, Dr Inderjeet Singh, who is serving as Director, Animal Husbandry, Punjab, told The Tribune that institutes, including the CIRB, Hisar; Indian Veterinary Research Institute, Izatnagar; National Dairy Research Institute, Karnal; Guru Angad Dev Veterinary And Animal Sciences University, Ludhiana, conducted a research under a project funded by the BST manufacturing firm with a budget of Rs 8 crore from 2011 to 2015.

The CIRB submitted its findings in 2014 to the Central government, which did not approve the product for use. “It’s a synthetic growth hormone. It’s an approved drug in Pakistan, USA, Canada, Brazil and some other countries but not in European countries,” Dr Inderjeet Singh said. Considered illegal in India, its availability here indicates that it has been smuggled. He added the trial research did not dwell on the effects on human, and largely focused on the impact on animals.

Deputy Director, Animal Husbandry, Hisar, KS Sandhu said the BST was not allowed in the country, and complaints about its usage would be taken up with the higher authorities.