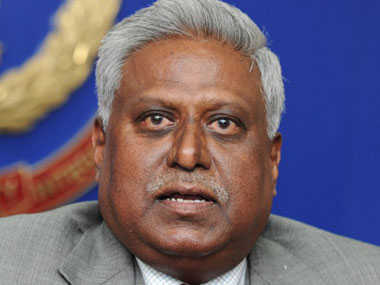 Former Director of Central Bureau of Investigation (CBI) Ranjit Sinha passed away early Friday morning at the age of 68 years, sources in the agency said.

According to the sources, Sinha, a 1974 batch IPS officer, breathed his last at his residence in the national capital at around 4.30 am.

Though there has been no official word on the reason for his death yet, it is understood that he tested positive for COVID-19 infection on Thursday night, the sources said.

A Bihar cadre IPS officer of the 1974 batch, Sinha was CBI Director from December 2012 till December 2014 during which he presided over several of the high profile controversial cases including coal block allocations and allegations against meat exporter Moin Qureshi.

He had also headed Director General of Indo-Tibetan Border Police (ITBP) force, the Railway Protection Force and served at senior positions in the CBI in Patna and Delhi before he was appointed CBI chief in 2012.

In a condolence message ITBP said, "The DG and all ranks of the force express their deepest condolences on sad demise of Ranjit Sinha, former DG ITBP today. He served the force from 1/9/2011 to 19/12/2012 as DG and earlier as ADG. He will always be remembered for his professional acumen and exceptional leadership. May his soul rest in peace."