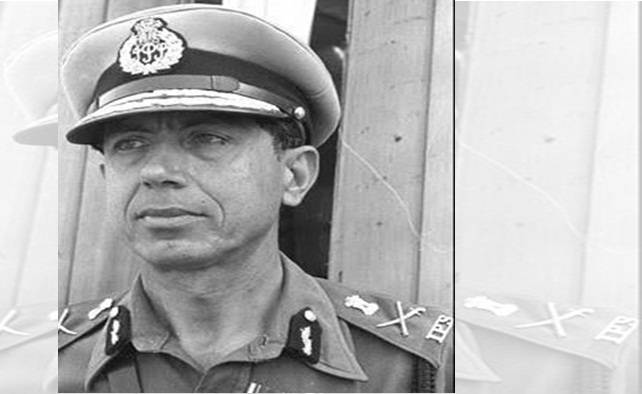 Former Governor of Mizoram, Manipur and Jharkhand, Ved Marwah, who had also served as the Delhi Police Commissioner in the 1980s, died in Goa on Friday, a police official said.

He breathed his last at a private hospital in Mapusa town in North Goa, officiating Director General of Police (DGP) of Goa, Jaspal Singh, said.

Marwah was admitted to the hospital almost three weeks back after he suffered a fall at his residence in Goa.

Marwah lived with his family at Siolim village in North Goa, he said.

"He was a very illustrious police officer, who headed the force when terrorism was at its peak. He led the battle against terrorism," the DGP said.

He was the police commissioner of Delhi from 1985-88 and served as the third director general of the elite National Security Guard from 1988-90. He was also the adviser to the governors in Jammu and Kashmir and Bihar.

He had also penned a book ‘Uncivil Wars: Pathology of Terrorism in India’.

Marwah was on the governing council of the Asian Academy of Film and Television.

"I am shocked to know that Shri Ved Marwah former CP Delhi passed on. He was once my boss as JS Women's Development, the best I ever had. He was President @StStephensClg Alumni Assn. I was VP wth him. Pray for peace for his soul. @CafeSSC," Quraishi said in a tweet.

The Goa DGP's official Twitter handle said, "We are deeply saddened at the loss of a great leader of the police force. Sh. Ved Marwah, IPS led the force from the front through difficult times and served as a Governor to 3 states. Our thoughts and prayers are with the family. @goacm." PTI

"Shri Ved Marwah Ji will be remembered for his rich contributions to public life. His unwavering courage always stood out during his career as an IPS officer," Modi tweeted. Marwah was also a well-respected public intellectual, the prime minister said.

"Pained by his demise. Condolences to his family and admirers. Om Shanti," the prime minister said.

Marwah was an upright officer known for his integrity and competence, the Vice President said. "My condolences to the bereaved family members. May his soul rest in peace," the Vice President's Secretariat tweeted. PTI