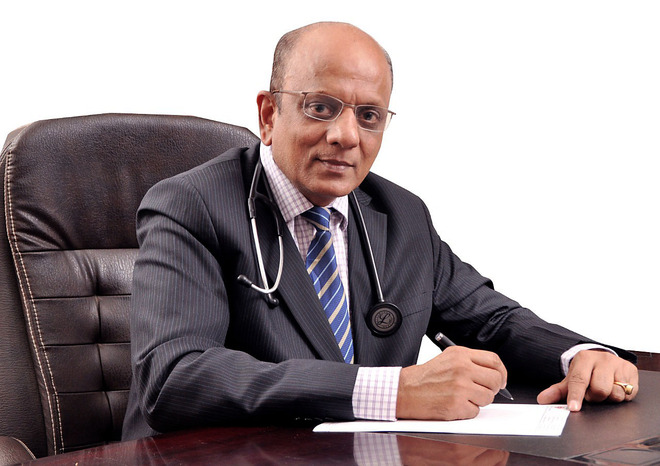 Hailed across the country for posting informative videos on Covid-19 throughout the pandemic, Padma Shri awardee and leading cardiologist KK Aggarwal succumbed to the very same disease last night, having been on ventilator at AIIMS, New Delhi, for several days. He was 63.

Aggarwal’s departure on Tuesday triggered a debate on Covid vaccine effectiveness since he died after taking both shots.

VK Paul, member, health, NITI Aayog, said breakthrough infections after the vaccines were few and far between and additional precautions were always needed. “Vaccines provide protection to some extent. That is established, but precautions are always needed,” Paul said.

Aggarwal was among the foremost Covid warriors to accept the vaccine at the height of hesitancy when the national inoculation drive began for health workers from January 16.

“Since he became a doctor, Aggarwal dedicated his life to the welfare of people. He made constant efforts to educate the masses and was able to reach out to over 100 million people through videos and saved countless lives. He wanted his life to be celebrated and not mourned,” the family said.

Aggarwal was awarded the Padma Shri in 2010 and held a Limca Book of Records for training the highest-ever number of people in the lifesaving technique of hands-only cardiopulmonary resuscitation technique at one time.

The IMA on Tuesday said 269 doctors had died during the course of the Covid pandemic, a maximum of 78 in Bihar, followed by 37 in UP, 28 in Delhi, 22 in Andhra Pradesh and 14 each in Maharashtra and West Bengal.