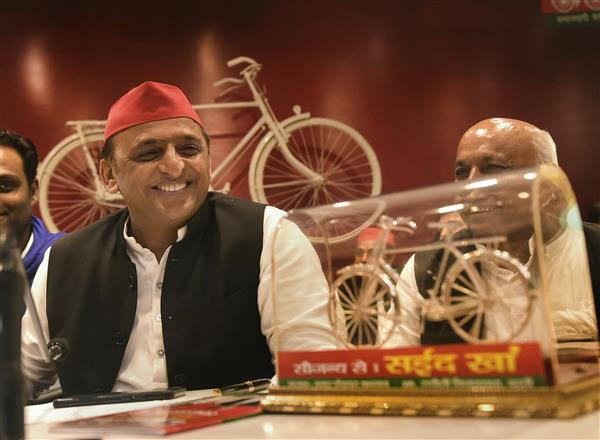 Former Uttar Pradesh minister and OBC leader Dara Singh Chauhan joined the Samajwadi Party on Sunday, days after he resigned from the Yogi Adityanath Cabinet ahead of the Uttar Pradesh Assembly election.

Apna Dal (Sonelal) is an ally of the BJP.

Besides Chauhan, Apna Dal (Sonelal) MLA from Vishvanathganj Assembly constituency in Pratapgarh district R K Verma too on Sunday joined the Akhilesh Yadav-led party which has emerged as the main challenger to the BJP in the state.

While joining the Samajwadi party, Chauhan trained his guns at the BJP, saying, “When the BJP formed government in Uttar Pradesh in 2017, it gave the slogan ‘sabka saath, sabka vikaas’... But, ‘vikaas’ (development) of a handful of people was done and the rest were left to their fate.” Terming the Samajwadi Party as his “old home”, he said, “We will change the politics of Uttar Pradesh, and make Akhilesh Yadav the chief minister of Uttar Pradesh once again.”