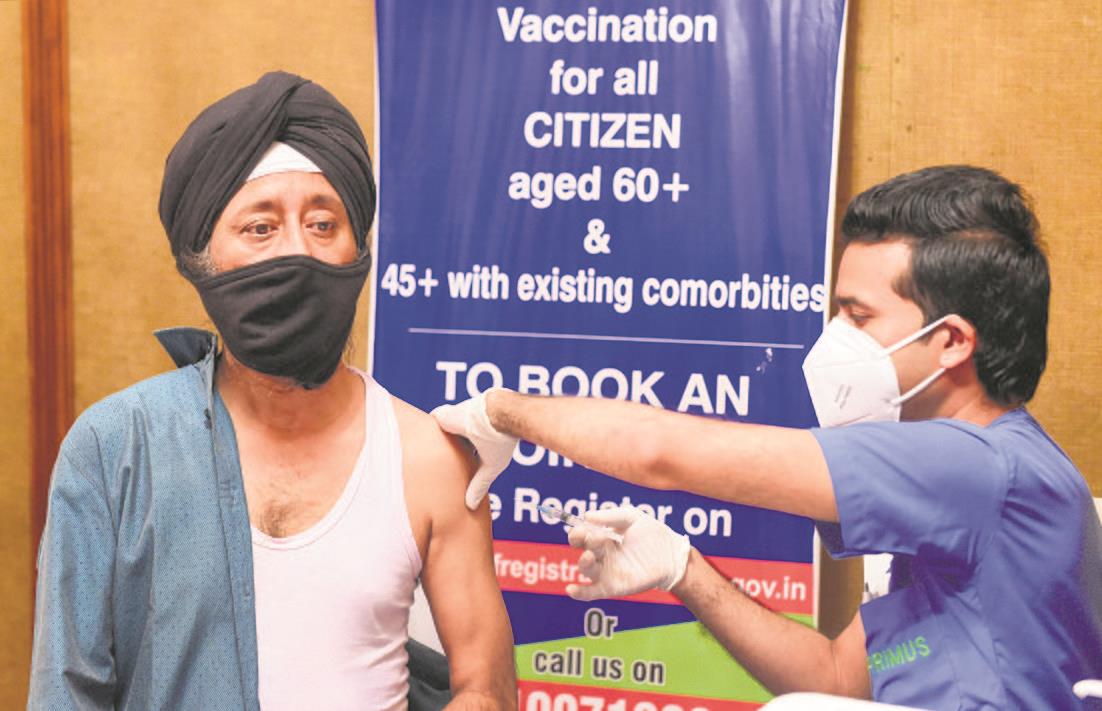 A hotel employee receives a vaccine dose in New Delhi on Monday. PTI

Shot in the arm

The messenger RNA vaccine candidate by Gennova and the replication deficient adenoviral intranasal vaccine by Bharat Biotech are currently in Phase I clinical trial stage of development,” Swarup told The Tribune today. On Sputnik V, the non-replicating viral vector vaccine developed by Gamaleya Institute of Russia, Swarup said Dr Reddy’s had concluded large late-stage clinical trials on it in India and the data was shared with the regulator as per requirements. — TNS

10 hours ago
8
Chandigarh Rise of Apartments