As part of this medical assistance package, France is donating to India 50 Osiris-3 ventilators and 70 Yuwell 830 ventilators with BiPAP mode 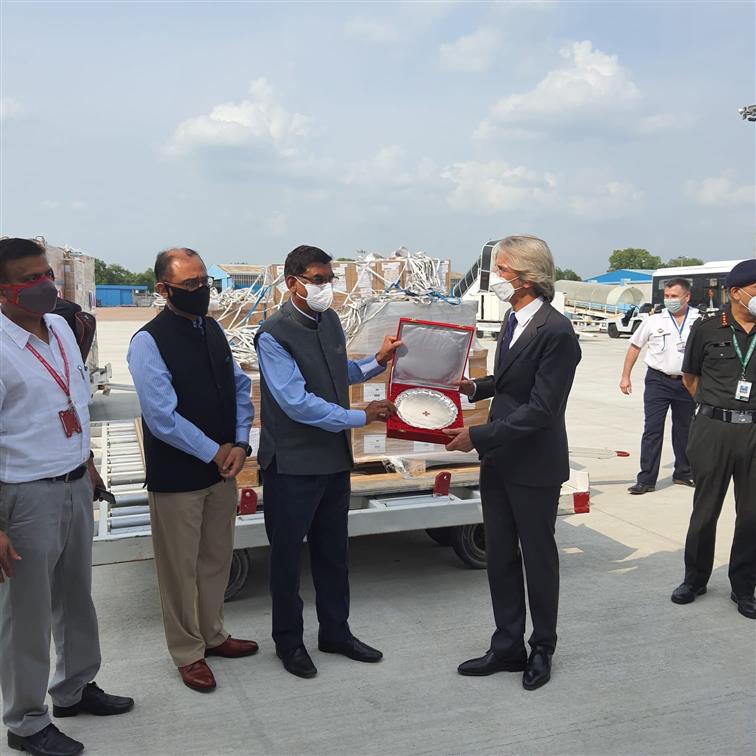 France on Tuesday handed over to India ventilators, test kits and other medical equipment as part of its assistance in the fight against the COVID-19 pandemic.

The medical equipment was handed over to the Indian Red Cross Society by French Ambassador to India Emmanuel Lenain at the Palam Air Force Station after the assistance material was flown here on board a French Air Force aircraft.

“Delighted to hand over COVID-19 medical equipment from France to Shri RK Jain, Secy General @IndianRedCross,” Lenain tweeted along with pictures of the handover.

President Emmanuel Macron had recently announced the donation of medical equipment to India, as well as the provision of technical expertise, according to a statement by the French embassy.

As part of this medical assistance package, France is donating to India 50 Osiris-3 ventilators and 70 Yuwell 830 ventilators with BiPAP mode, it had said.

“Osiris ventilators are particularly useful for emergency transport, intra-hospital transfer and recovery. They have different ventilation modes, including non-invasive ventilation,” it said.

The Yuwell 830 ventilators have bi-level positive airway pressure (BiPAP) — a non-invasive technique to supply oxygen to the lungs without intubation. These high-quality ventilators meet the needs of Indian hospitals, the embassy had said.

The equipment was transported on a French Air Force A330 MRTT equipped with a Morpheus kit, which enables the transport of critically ill patients. PTI