On visit to Chandigarh, the envoy says both nations have come closer in tough times 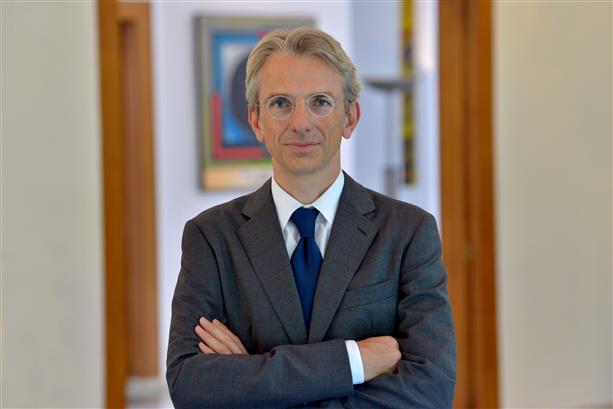 India and France have helped each other in fighting Covid-19, and commitments such as the on-time delivery of Rafale jets were kept despite the pandemic, says France’s Ambassador to India Emmanuel Lenain. In an exclusive interview to The Tribune, the Ambassador answers questions related to Indo-French ties, why India deserves a permanent seat in the UN Security Council, and more. Excerpts:

This is your first official trip outside of Delhi since the outbreak of the pandemic. What brings you to Chandigarh?

France and the City Beautiful share many connections, from Le Corbusier’s work to our ongoing Smart Cities cooperation and the technical assistance from the French Development Agency since 2016. French companies are world leaders in the sustainable cities sector and are keen to provide their expertise. This is one of the main goals of my visit: expand this cooperation even further to develop a model of sustainable urban living – which is even more crucial after the pandemic.

French architect Le Corbusier designed Chandigarh, the first planned city of India, after Independence. What can France and India do together to preserve this heritage?

Chandigarh is an architectural site of major importance, unlike any other in the world, and France is glad and honoured to contribute to its preservation, working hand in hand with the city authorities. The goal is to protect the buildings themselves, which were appraised by a French expert mission in February, but also the thousands of pieces of furniture created by Le Corbusier and Pierre Jeanneret. I am delighted to announce that a second mission will take place soon, which will focus on how to track, protect and restore this furniture heritage.

How do you see Indo-French relations at the moment and in the context of India’s border standoff with China?

These past months have shown that the Indo-French friendship is even stronger in tough times. We have helped each other in fighting Covid-19, and commitments such as the on-time delivery of Rafales were kept despite the pandemic. Regarding the border situation, it is important that de-escalation and disengagement be achieved through dialogue, which is the path chosen by India. France will always support India’s strategic autonomy. Our interests have always been remarkably aligned, and they will be even more so in the post-pandemic world.

Is there a possibility of French involvement in the Quad group of nations? How do France and India cooperate in the Indo-Pacific?

France is itself a nation of the Indo-Pacific. We do not view cooperation in this region as being about formats, but rather shared values and willingness to achieve concrete results. That is the basis of our ambitious cooperation with India: we share intelligence analysis, we ensure our navies can operate together, we support each other in regional organisations. We are open to working with other like-minded countries, as with the recently launched trilateral dialogue with Australia.

What is the future of Indo-French defence cooperation? Does it remain limited to being a seller-buyer relationship?

Our defence cooperation is first and foremost based on mutual trust. Take the Rafale fighter jet for instance: it takes great trust on both sides to share a military asset that is so close to the core of our sovereignty. Moreover, Indian companies will benefit from offsets amounting to 50% of the Rafale contract, including through technology transfer. French defence companies have contributed to Make in India for decades, and will continue to do so.

France has been supporting India’s candidature for a permanent seat in the UN Security Council. What would India’s presence at the high table mean to France?

We see India as a major, responsible power that is committed to a rules-based multilateral order. In an era of rising tensions, the world needs countries like India that have both the means and the willingness to defend collective solutions and international law. That’s why India deserves a permanent seat and would be a force for good at the UNSC. We will keep pushing for this. In the meantime, we plan to work closely with India as it joins the UNSC in 2021-22.

In the education sector, there is a huge potential for tie-ups between French and Indian universities and for greater student mobility. What can be done to improve them?

Indeed, the potential is immense. Indian students are very talented; 10,000 of them chose France in 2019 and we want to welcome more and more. France was the first country to reopen visas for Indian students in August, and French universities are doing everything possible to ensure the best and safest study conditions despite the pandemic. We also want to increase ties between our academic institutions: that’s the goal of the bilateral Knowledge Summit, whose third edition will take place next year in India.