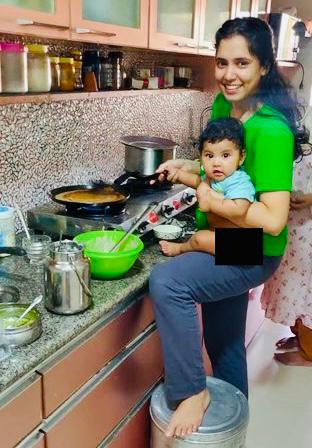 Where there is a will there is a way. Here is the story of a woman who does not just inspire but gets a smile on our faces as we hear about her struggles and grit.

Shaheena Attarwala, a Product Design Manager at Microsoft, speaks about her experience of growing up in a slum and how that shaped her life in a Twitter thread going viral online.

The Microsoft employee was transported back in time after spotting her old home in a Netflix series. 'The Netflix series 'Bad Boy Billionaires: India' captures a birdseye view of the slum in Bombay I grew up in before moving out alone in 2015 to build my life. One of the homes you see in the photos is ours," she writes on Twitter.

The @netflix series "Bad Boy Billionaires - India" Captures a birds-eye view of the slum in Bombay I grew up before moving out alone in 2015 to build my life.
One of the homes you see in the photos is ours. You also see better public toilets which were not like this before. pic.twitter.com/fODoTEolvS

Attarwala lived in Darga Galli slum close to Bandra railway station. Her father was a hawker of essential oils who moved from Uttar Pradesh to Mumbai. Shaheena convinced her father to borrow money so she could enroll in a local computer class. And to buy her own computer, she skipped lunch and started walking back home.

Life in the slum was hard, it exposed me to severest living conditions, gender bias, & sexual harassment but it also fueled my curiosity to learn & to design a different life for myself. pic.twitter.com/RjLf4TfJzl

From my father being a hawker and sleeping on roads to having a life we could barely dream of. Luck, hard work and picking battles that matter," she writes on Twitter.

In 2021 my family moved to an apartment where we can see the sky from home, good sunlight & ventilation. Surrounded by birds & Greenery. From my father being a hawker & sleeping on roads to having a life, we could barely dream of. Luck, Hardwork & picking battles that matter😌 pic.twitter.com/J2Ws2i4ffA

Attarwala has some advice for young girls who are in the same position she once was. "Do whatever it takes to acquire education, skills, and careers, this is what's going to be a huge game-changer for young girls," she says.

Her Twitter thread has gone viral with nearly thousands of 'likes' and hundreds of comments.

Very wholesome Shaheena. So happy to read this. 😄