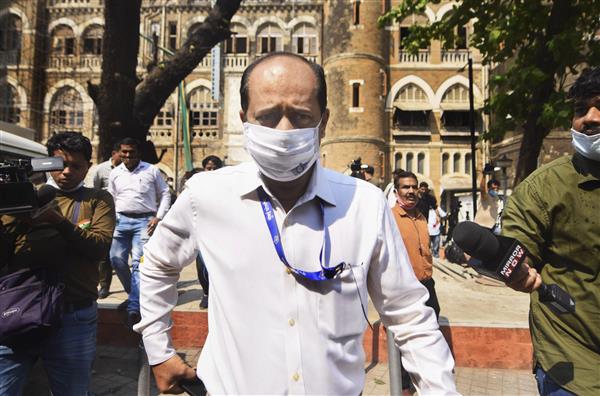 While the country’s attention is riveted towards high-profile elections in West Bengal, political developments in Maharashtra since the arrest of controversial Mumbai police cop Sachin Vaze are no less interesting. While the BJP stepped up its offensive against the Uddhav Thackeray-led Maha Vikas Aghadi government with more allegations, the Shiv Sena accused it of “insulting the Maharashtra police”.

Aghadi partner Nationalist Congress Party called an “urgent” party meeting to discuss the situation arising out of the arrest of Vaze in the Ambani bomb scare case. NCP chief Sharad Pawar also met CM Uddhav Thackeray. State NCP president Jayant Patil dismissed speculations of the resignation of Home Minister Anil Deshmukh saying that “Anil Deshmukh is our Home Minister, and he will continue to remain so".

Meanwhile, a day after former Maharashtra CM Devendra Fadnavis said that the arrest of Vaze “is just the start of the probe and much more would come out in the days to come”, senior BJP leader Kirit Somaiya alleged that the controversial Mumbai cop had six businesses and two Shiv Sena leaders were his business partners. Another BJP leader, Nitesh Rane, accused him and a cousin of Aaditya Thackeray of “running an IPL extortion racket”.

The Shiv Sena hit back, claiming that the BJP-led Centre had “insulted” the Maharashtra Police force.

A scathing article in party mouthpiece 'Saamana' stated that the Maharashtra Police was quite capable of solving the case, but the NIA sent by the central government arrested Vaze. Sena leader Sanjay Raut said the state government handed the case over to the Anti-Terrorism Squad realising the seriousness of the situation. However, even while the investigation was on, the Centre sent the NIA, creating “unnecessary interference in the case”. Terming the arrest of Vaze, an accused in the death of automobile parts dealer Mansukh Hiren, by the NIA an “insult” of the Maharashtra Police, the Sena alleged it was a deliberate move.

According to NIA spokespersons, Vaze had been arrested for his “role and involvement in placing an explosives-laden vehicle near Carmichael Road on February 25". Currently suspended, speculations are flying around about what he has “told/spilled out ” to the NIA.