G7 ups the ante against China 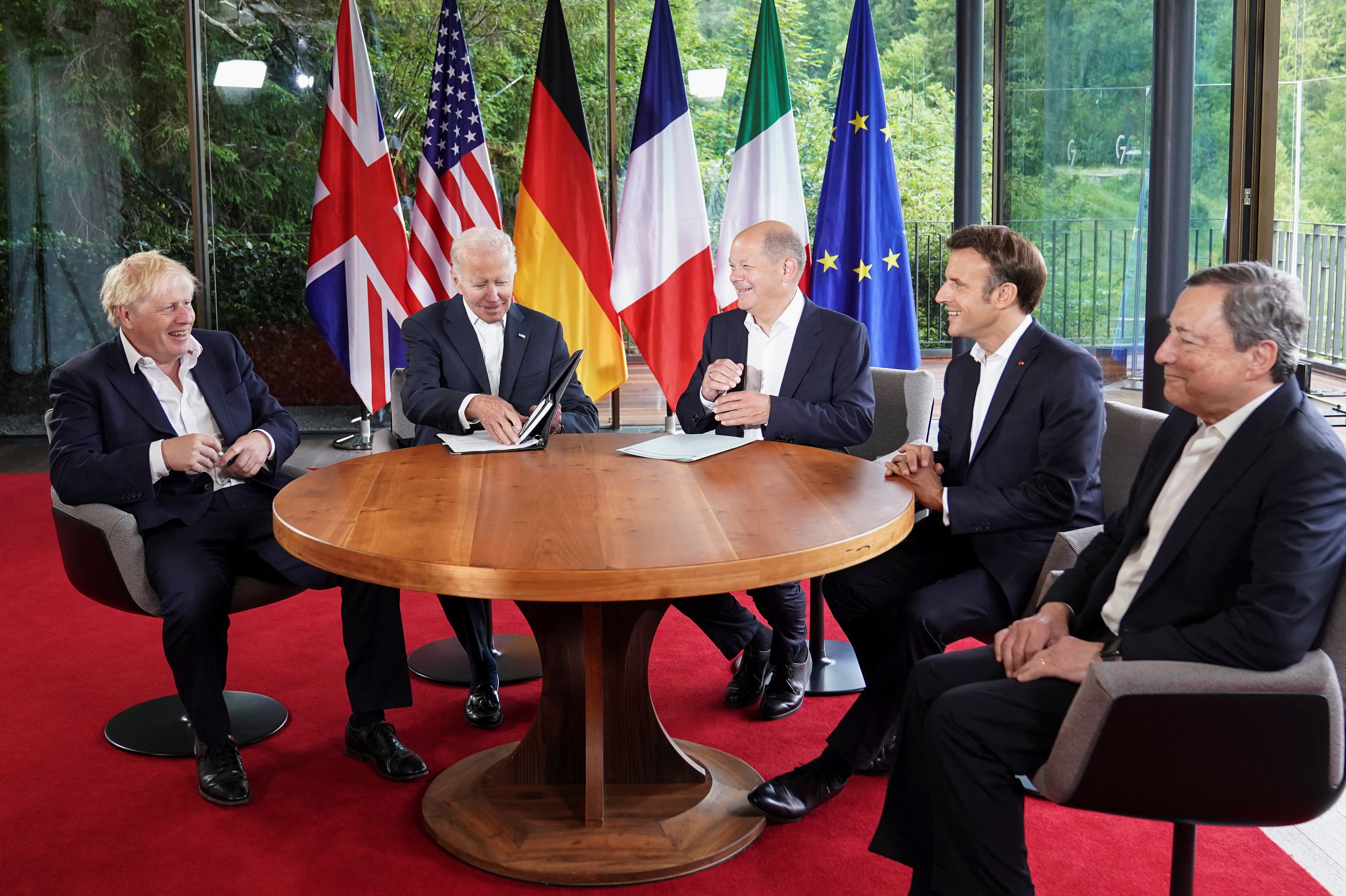 US President Joe Biden (second from left) with other G7 leaders at Garmisch-Partenkirchen in Germany. Reuters

Upping the ante against China, Group of Seven (G7) leaders said they were committed to a unified approach to confront Beijing’s unfair economic practices. They also said China must end human rights violations in Xinjiang and Tibet.

The G7 secretariat issued a “leaders' communique” that stated, “We remain seriously concerned about the situation in the East and South China Seas and strongly oppose any unilateral attempts to change the status quo by force or coercion that increase tensions.”

The final statement on Tuesday from the G7 nations underlined their intent to impose “severe economic costs” on Russia. They also agreed to explore imposing a ban on Russian oil that has been sold above a certain price, aiming to deplete Moscow's war chest. Reuters

Will do what’s best for our energy security: India

PM Narendra Modi made two interventions at G7 to make India's position clear on the Russia-Ukraine situation, calling for an immediate end to the hostilities and advocating the path of dialogue and diplomacy, Foreign Secretary Vinay Mohan Kwatra said at a media briefing. “The PM said energy security has become a very challenging issue. But India would continue to do what it thinks is best in the interest of our own energy security when it comes to the question of global oil trade,” he added. TNS

A fact sheet rolled out by the White House on Tuesday said the G7 would “release collective, unprecedented language acknowledging the harms caused by China’s non-transparent, market-distorting industrial directives”.

The G7 secretariat later issued a 28-page “leaders' communique” saying, “We remain seriously concerned about the situation in the East and South China Seas. We strongly oppose any unilateral attempts to change the status quo by force or coercion that increase tensions.” There is no legal basis for China’s expansive maritime claims in the South China Sea.

The G7 asked China to fully comply with the Arbitral Award of July 2016 with respect to navigational rights and freedom enshrined the United Nations Convention on the Law of the Sea.

On human rights situation in China, the G7 nations said Beijing must respect universal human rights and fundamental freedom, particularly in Tibet and Xinjiang, where forced labour is a major concern.