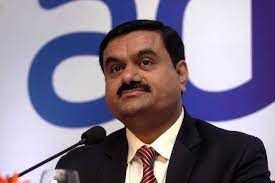 Billionaire industrialist Gautam Adani and advocate Karuna Nundy have been named by TIME magazine on Monday as among the 100 “Most Influential People” of 2022.

Nundy is a champion of women’s rights who has advocated for the reform of anti­rape laws and fought cases relating to sexual harassment in the workplace. Most recently, she is litigating a challenge to India’s rape law that contains a legal exemption for marital rape.

Also on the list is Khurram Parvez, chairperson of the Asian Federation Against Involuntary Disappearances.