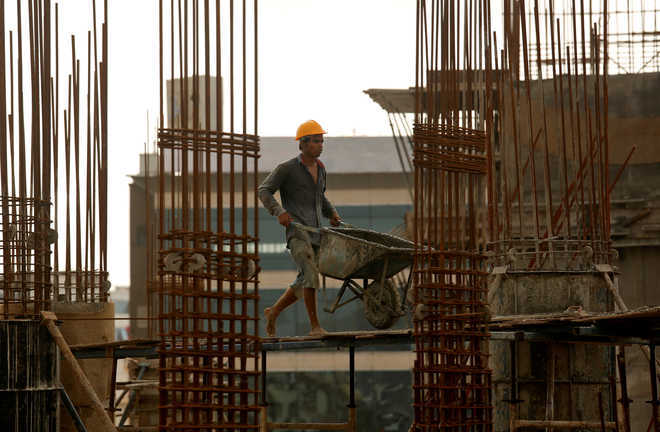 India recorded economic growth of 8.4 per cent in the second quarter of 2021-22, thus remaining on course as the fastest growing major economy in the world. - File photo

India recorded economic growth of 8.4 per cent in the second quarter of 2021-22, thus remaining on course as the fastest growing major economy in the world.

The GDP expansion in the second quarter was the fourth consecutive quarter of positive growth, which showed that the economy remained on the recovery trajectory.

Cumulatively, GDP for the first six months of the current fiscal is estimated at Rs 68.11 lakh crore as against Rs 59.92 lakh crore during the corresponding period of the previous year. However, the drastic effects of last year’s country-wide lockdown continue to cast a shadow. The GDP is yet to claw back to the growth recorded in the first half of 2019-20, which was Rs 71.20 lakh crore or Rs 3 lakh crore higher than the economic performance two years later, according to the data released by the National Statistical Office (NSO).

The GDP details suggest that private consumption, especially the household sector, continued to grow slower than expected but investments grew at a slightly higher pace.

While farm, construction and public administration and defence services (PADS) grew at a faster clip, the weak performance by the manufacturing sector acted as a drag on growth.

“The broad story remains intact. We believe that real GDP growth could be 5-5.5 per cent in the second half, implying full year of about 9 per cent or 1 per cent higher than in the previous fiscal,” said Nikhil Gupta, Chief Economist at Motilal Oswal Financial Services.

Looking ahead, high commodity prices and global supply bottlenecks would pose a challenge while the new Covid variant has infused uncertainty in the system. “If this uncertainty lingers or aggravates, it would have repercussions on the economic growth,” cautioned Rajani Sinha of Knight Frank India. — TNS

6 hours ago
3
Punjab THE TRIBUNE INTERVIEW