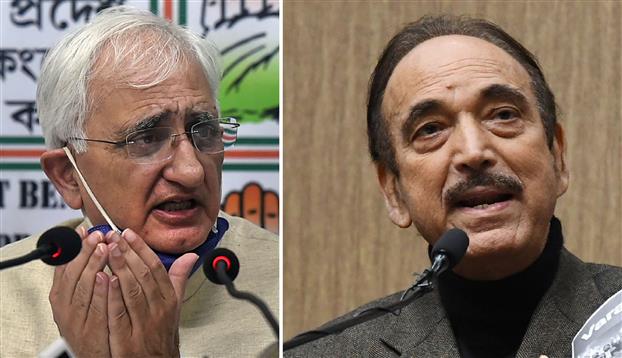 Veteran Ghulam Nabi Azad on Thursday became the first Congress leader to publicly disagree with his party colleague Salman Khurshid’s “Hindutva and ISIS comparison” in a new book, and termed the same as “factually wrong and an exaggeration.”

Azad in a tweet said, “In Mr. Salman Khursheed’s new book, we may not agree with Hindutva as a political ideology distinct from composite culture of Hinduism, but comparing Hindutva with ISIS and Jihadist Islam is factually wrong and an exaggeration.”

Quoting Azad, the BJP hit back at Khurshid saying he was echoing Gandhis since a member of the Congress G23 group had disagreed with the conclusion.

“Salman Khurshid, close to the Gandhis, writes that Hindutva is similar to the jihadist Islamist groups like ISIS and Boko Haram. Ghulam Nabi Azad, member of G-23, calls it factually wrong and exaggeration. It would therefore be fair to assume that Khursheed is echoing Gandhis,” BJP IT cell chief Amit Malviya said as Khurshid’s remarks continued to stir a controversy.