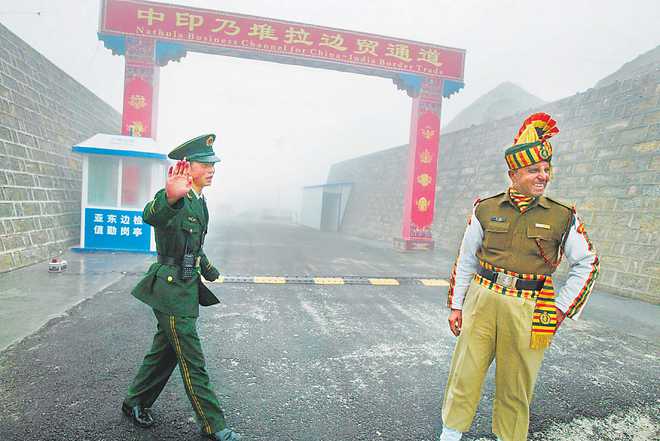 Senior officials of the Indian Army and the People’s Liberation Army held talks for around six hours today to end the month-long standoff along the Line of Actual Control (LAC) in Ladakh.

India pressed for restoration of status quo ante (as on April) and also cited how China was in violation of all agreements, protocols and laid down drills relating to maintaining “peace and tranquillity” along the LAC and the conduct of soldiers.

It’s China versus world due to Covid. We have no lure for Chinese goods, we don’t have to bring them here… We will have to use products made in our country, state, tehsils and villages. —Manohar Lal Khattar, Haryana Chief Minister

Indian military officials asked the PLA to demolish all structures built by it in disputed areas along the LAC. The stress was on “Finger 4” area. Till the filing of this report, the Indian Army, the Ministry of Defence or the Ministry of External Affairs had not issued any official statement on the outcome of the meeting. Lt General Harinder Singh, commander of the Leh-based 14 Corps, met South Xinjiang military Commander Maj Gen Lin Liu at Moldo, 200 km southeast of Leh.

A news agency cited an unnamed official saying “talks were held in a positive atmosphere. The approach (by both sides) was positive.”

Sources in the military establishment said it would be incorrect to assume that the matter would be sorted out in one meeting. The military commanders of either side would send their reports to New Delhi and Beijing, where an appreciation would be made of the ground situation.