The Olympian became synonymous with the glory of Indian hockey 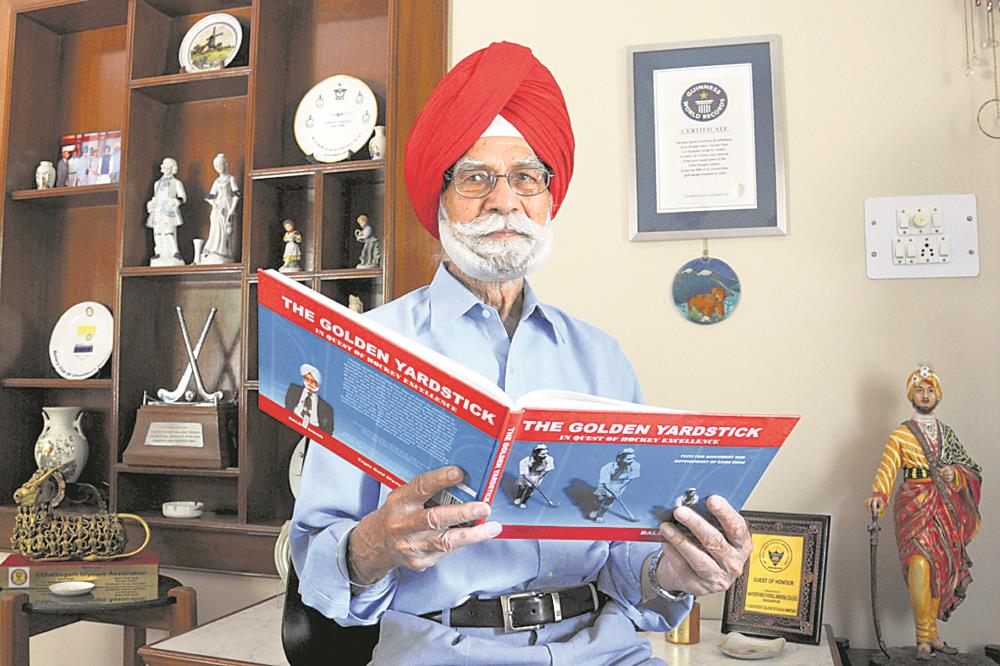 Today I mourn the passing of hockey legend Balbir Singh Dosanjh, a man I am proud to call a friend.

Edit: Death of a sporting hero

‘Balbir’ means all-powerful in body and spirit, and Balbir Singh was definitely an all-powerful centre-forward, the best in Indian hockey since Independence.

Growing up in the 1950s, I heard of him pretty early in my youth and had the good fortune of getting to know him well. I’d known Balbir Singh since 1969, when he came home for a family function in Amritsar. Someone pinched his shoes there and not once did he let me know of it – till March 2020, when I was asked to present him with a Lifetime Achievement Award! It was then that he told me that he had to go back barefoot from my place 50 years earlier!

There was a time when Indian hockey had a plethora of ‘Balbirs’ and they all were powerful wielders of the hockey stick. But one of them became known as ‘Senior’, thanks to his seniority as well as his stature as a winner of three gold medals in the Olympics. Thus Balbir Singh became synonymous with the overall glory of Indian hockey.

Honestly, I can’t visualise a more unassuming sports icon than Balbir Singh, who wore the Tricolour on his sleeve. He could have easily passed the gates of humility without ever having to bow before the high and the mighty. Since 1969, I had the good fortune of knowing and meeting the great centre-forward on numerous occasions, and every time he gave me a fresh lesson in calmness and humility. Honestly, I’ve often wondered if Balbir Singh ever got angry or upset.

He loved to be addressed as ‘Sardar’, without ever losing his cool. In the last decade or so, I’ve seen Sardar Balbir Singh dribble past death on pretty consistent terms and with match-winning tenacity. But alas, in the war of life and death, the latter must eventually prevail.

I’ve been a witness to his tenacity from very close quarters due to my proximity with his daughter Sushbir and grandson Kabir, remaining in touch on a daily basis. I can’t ever think of another daughter or grandson who might have toiled so tirelessly to keep their ‘old man’ in a good shape and humour. My heart reaches out to them — and to Indian hockey. The void can never be filled.

The writer is an ex-captain of the Indian cricket team