US-based Google plans to step into the vacuum created by the banning of 59 Chinese apps and to help accelerate adoption of digital technologies in India with an investment of Rs 75,000 crore (about $10 billion) over the next five to seven years, company CEO Sundar Pichai announced after a conversation with Prime Minister Narendra Modi. 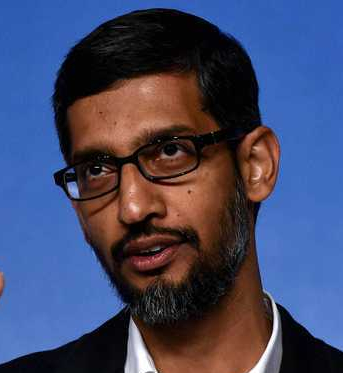 “When we build for India, we build for the world,” he said, indicating that India would be the most important test-bed for Google as it popularises a wider bouquet of apps, besides the existing ones like YouTube, Google Maps and Instagram, all with a huge following in India.

Pichai especially spoke about GPay, which makes it easy to pay even to a rickshaw-puller, and AI-powered Bolo, now called Read Along, which is another example of a technology built specifically for Indian users

“We’ll do this through a mix of equity investments, partnerships, infrastructure and ecosystem investments. This is a reflection of our confidence in the future of India and its digital economy,” said Pichai in a statement.

“As we make these investments, we look forward to working alongside Prime Minister Modi and the Indian Government, as well as Indian businesses of all sizes to realise our shared vision for a Digital India,” he added.

Earlier, the PM interacted with Pichai on the issues that led to the banning of Chinese apps, including data security and concerns around privacy. He wanted tech companies to put in efforts to bridge the trust deficit as well as to counter cyber crimes and threats in the form of cyber attacks, said an official statement.

The PM was appreciative of Google initiatives in India in artificial intelligence, including flood forecasting. He wanted Google to enlarge the scope of online education, access to technology in native languages and progress in the area of digital payments.