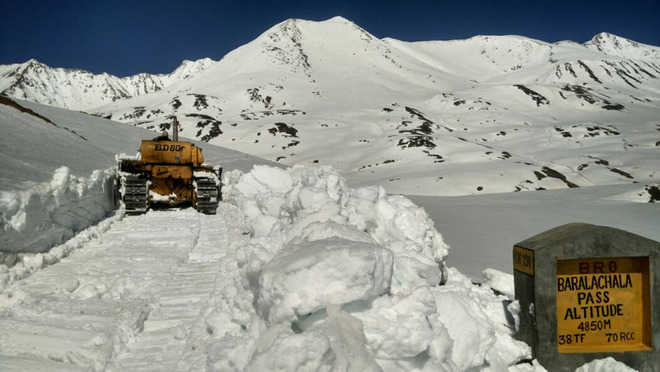 Amid the ongoing military tensions along the Line of Actual Control (LAC) in eastern Ladakh, India is racing to open both road routes that connect the plateau of Ladakh with mainland India. File photo

Amid the ongoing military tensions along the Line of Actual Control (LAC) in eastern Ladakh, India is racing to open both road routes that connect the plateau of Ladakh with mainland India.

In February end, Zoji-La, a 11,500-ft-high mountain pass on the Srinagar-Leh route, was opened weeks ahead of the schedule. Now, the Border Roads Organisation (BRO) has sent a special team to open Baralacha-La, a 16,000-ft-high Himalayan pass on the Manali-Leh route.

Baralacha-La is the first high pass on the 427-km-long Manali–Leh highway. The road normally opens in mid-May, but the BRO might open it by the end of this month. Supplies like oil, food, ammunition and spares for the Army and IAF locations in Eastern Ladakh are dependent on these two routes. Once the passes close during the winter, the only option is to fly men and supplies from logistics hubs in Chandigarh or Hindon.

On Sunday, a team of the BRO clad in arctic clothing trekked across the snowbound Baralacha-La to reach Sarchu, a location where the road opening equipment was kept during the winter. The team is fully stocked with ration, spare parts, communication equipment etc.

Connectivity has been achieved on 59 roads with 3,205 km length along the India-China border, Defence Minister Rajnath Singh said in Rajya Sabha on Monday.

It attempted to cross the pass on March 11 and again on March 12, but heavy snowfall held them back. The crossing was again attempted on March 13, which was successful. The team, however, fell short of the destination, Sarchu, where it reached the next day. Snow clearance work has started on access routes to the pass. There is a minimum of 20 feet of snow for more than 10-15 km on either side of the pass.

Meanwhile, Zoji-La, located 130 km east of Srinagar, was opened in February, but fresh snow around March 10 blocked the Srinagar-Kargil-Leh road. 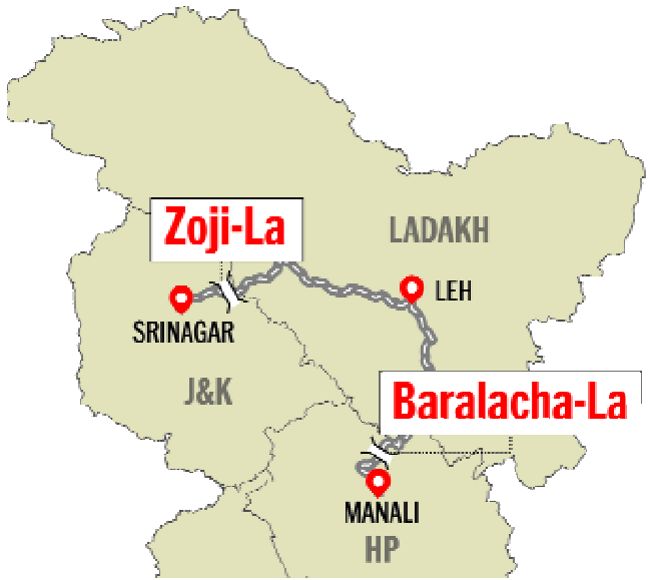