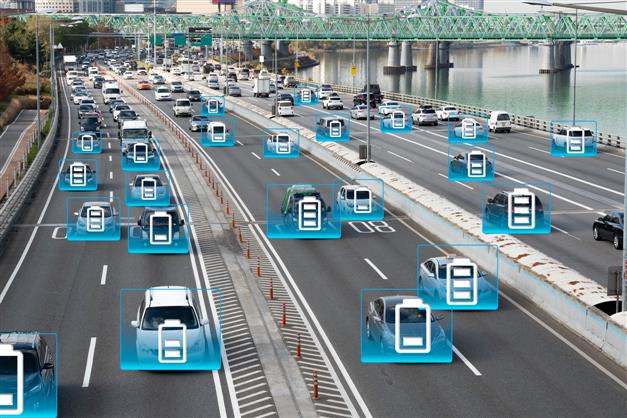 The government is working on developing electric highways powered by solar energy that will facilitate the charging of heavy duty trucks and buses, Union road transport and highways minister Nitin Gadkari said on Monday.

Addressing an event organised by the Indo-American Chamber of Commerce (IACC), Gadkari reiterated that the government wants to develop India's public transport system on electricity.

"We are also working on developing electric highways, which will be powered by solar energy and this will facilitate charging of heavy duty trucks and buses while running," he said.

An electric highway generally refers to a road which supplies power to vehicles travelling on it, including through overhead power lines.

Gadkari said that the government is also encouraging toll plazas to be powered by solar energy.

The minister said the road ministry has conducted route optimisation exercises across major corridors and has designed a newer alignment.

Emphasising that a well developed infrastructure enhances economic activities, creates new businesses and promotes job creation, Gadkari said, "We are constructing 26 greenfield expressways."       With the launch of PM Gati Shakti Master Plan, he said projects will get faster clearance and it would cut down logistic costs.

Stating that both India and the US are natural partners, the minister invited the US private investors to invest in India's logistics, ropeways and cable car sectors.

He informed that around 3 crore trees would be planted along the national highways and the government is adopting tree plantation practices while construction and expansion of highways.

"And till now we have successfully transplanted 27,000 trees in national highways projects," he said. According to Gadkari, the government is formulating a new policy called 'Tree Bank' for tree cutting and tree plantation.

As per policy, authorities such as National Highways Authority of India (NHAI), The National Highways and Infrastructure Development Corporation Limited (NHIDCL) will have to maintain a tree bank account of planting trees during the project development.

Gadkari said the government's emphasis has been on creating a sustainable business ecosystem with an inclusive growth model.

He said there is a need to encourage out-of-the-box thought processes and promote creative agenda to weave new pathways.

The minister said the government is bringing innovative and investor friendly products like InvIT to allow retail investors participate in the funding drive.

"We are designing the products so that retail investors can get good annual returns which are more than the fixed deposit rates," he said.

According to Gadkari, India is becoming the largest EV market for electric two-wheelers, three-wheelers and cars.

The minister called upon the US companies to contribute in the development of low-cost and reliable electrolysers and hydrogen fuel cell technology.