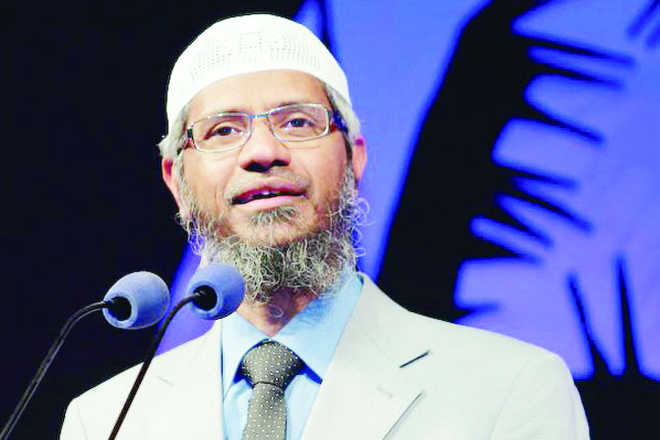 In a bid to further tighten the noose around absconding controversial Islamic preacher Zakir Naik, the government is planning to ban his mobile app and YouTube channel.

Sources in the government said in its reports to the Ministry of Home Affairs, the Intelligence Bureau had stated that through Naik’s Peace TV and social media handles, attempts were being made to recruit and radicalise Muslim youths to indulge in anti-India activities.

Naik is believed to be living in Malaysia. Intelligence sources claim Pakistan is actively engaging friendly Arab nations to arrange funds for him. He recently posted a controversial video on YouTube, in which he said there were less than 60 per cent Hindus in India, so all Muslims should unite and elect their leaders and vote for those parties that favour their cause, said a government official.