If Rihanna and others supporting agitation is interference in India’s internal matters, PM Modi’s slogan in support of Donald Trump too was problematic, says MNS chief 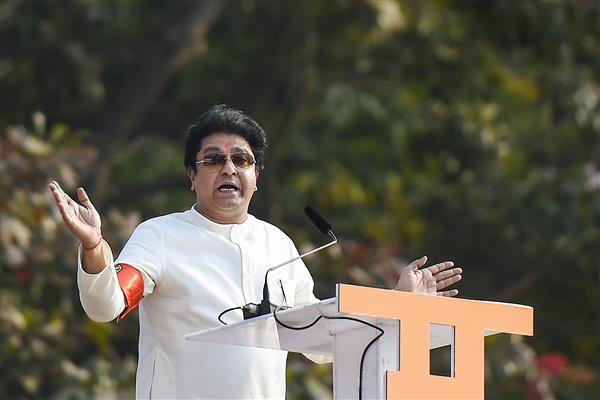 MNS chief Raj Thackeray on Saturday said the Union government should not have exposed Sachin Tendulkar and Lata Mangeshkar to social media trolling by involving them in its campaign to counter tweets by foreign celebrities in support of ongoing farmers’ stir.

If American pop star Rihanna and others supporting the agitation against new agriculture laws was interference in India’s internal matters, Prime Minister Narendra Modi’s slogan in support of Donald Trump too was problematic, he said.

“The Centre should not have asked Sachin Tendulkar and Lata Mangeshkar to tweet in support of its stand and put their reputation at stake. Now they have to face the wrath of social media trolling,” Raj Thackeray told reporters.

The government should have limited its use of celebrities in its campaign to actors such as Akshay Kumar, he said.

“They (Tendulkar and Mangeshkar) are true legends in their fields, but otherwise very simple persons. They should not have been asked to tweet with the same hashtag. They tweeted what government asked them to tweet, and now they are at the receiving end,” he said.

The MNS chief also wondered how many Indians knew who Rihanna was until she tweeted about agitating farmers’ plight.

There was no need for the government to ask her to not get involved in the issue, Thackeray opined.

“By the same logic, there was no need to hold a rally in the United States saying ‘Agali Baar, Trump Sarkar (next time, Trump government). It was that country’s internal matter,” he said, referring to Modi’s rally in Houston when Donald Trump was US president.

Thackeray also said the laws against which farmers are agitating can have some flaws which can be rectified.

“If the government wishes to solve the issue, it can sit with farmers’ leaders, hold talks and make necessary changes in these laws,” he said.

The MNS chief also said that the new laws must not benefit only a handful of corporates.

“I think the laws have some plus points but the Centre needs to discuss them again with state governments,” he said. PTI