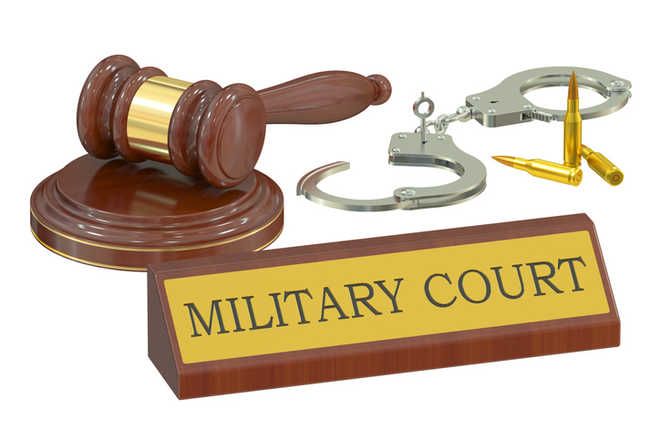 A special plea over the jurisdiction of the General Court Martial (GCM) trying a Group Captain for alleged lapses that resulted in an Mi-17 helicopter being shot down in friendly fire near Srinagar in February 2019 was raised by the officer when the trial commenced here today.

After the officer was arraigned and the charges against him were read out, Gp Capt SR Chowdhury filed a plea contending that the GCM did not have the jurisdiction to try him on account of violation of various rights available to him and irregularities during pre-trial procedures, sources said.

The GCM doesn't have the jurisdiction to try him on account of violation of various rights and irregularities in pre-trial procedures.

The plea was raised under Air Force Rule 59, which entitles an accused, before pleading guilty or not guilty to a charge, to challenge the jurisdiction of the court on legal and technical grounds such as improper composition of the court or procedural infirmities in the investigation of charges.

Sources said nine charges were framed against the Group Captain under Section 41 of the Air Force Act for non-compliance of lawful orders, Section 62 for offences in relation to loss of life or bodily injury or damage to aircraft and Section 65 of the Act.