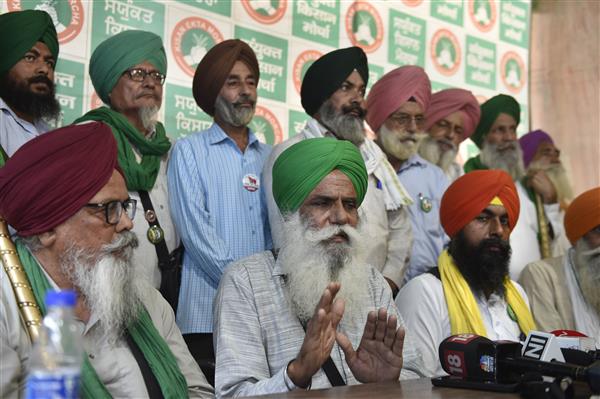 The BJP on Friday blamed farmer leader Rakesh Tikait after a man was found murdered near a protest site at the Singhu border in Haryana.

Party’s IT cell incharge Amit Malviya said, “Had Rakesh Tikait not justified mob lynching in Lakhimpur, with Yogendra Yadav, sitting next to him, maintaining sanctimonious silence, the gory murder of a youth at the Kundali border would not have happened.”

“Anarchists behind these protests in the name of famers need to be exposed,” Malviya added.

Tikait had earlier said that the lynching of the BJP workers in Uttar Pradesh’s Lakhimpur Kheri was a “reaction to the action”.

Two BJP workers, a driver and a local journalist, along with four farmers, were killed in the Lakhimpur Kheri violence on October 3.

Condemning the gruesome murder, the Samyukt Kisan Morcha, of which Tikait and his organisation (the BKU) is also a part, said the “peaceful and democratic movement is opposed to violence in any form”.

Distancing itself from the incident, the SKM said “it had no relation either with the Nihang group or the deceased person”.

“The SKM is against sacrilege of any religious text or symbol, but that does not give anyone the right to take law into their own hands,” it added.

“We demand that the culprits be punished according to law after investigating the allegation of murder and conspiracy behind the sacrilege. As always, Samyukt Kisan Morcha will cooperate with the police and administration in any lawful action,” says a statement by SKM leaders.

“A Nihang group at the scene has claimed responsibility, saying the incident took place because of the deceased's attempt to commit sacrilege. It has been reported that the deceased was staying with the same group of Nihangs for some time,” they claimed.