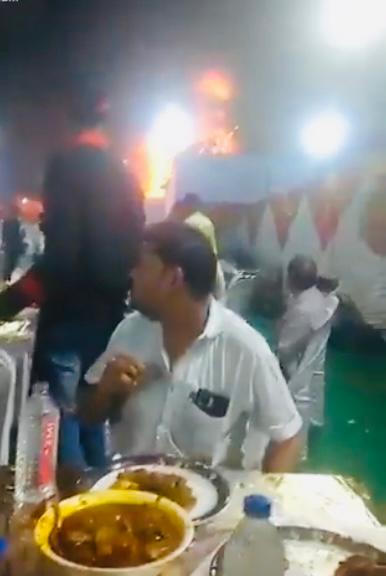 A video of a fire that broke out at a marriage hall at Ansari marriage hall in Bhiwandi on Sunday has surfaced online. The strange thing in the clip was that it showed guests at the wedding continued to eat food even as the massive fire raged on in the background in Maharashtra's Thane.

The video showed people enjoying dinner even after noticing the fire that broke out on Sunday at Ansari marriage hall in Bhiwandi.

Several two-wheelers were gutted in the fire. But the guests did not stop and continued to relish their meal.