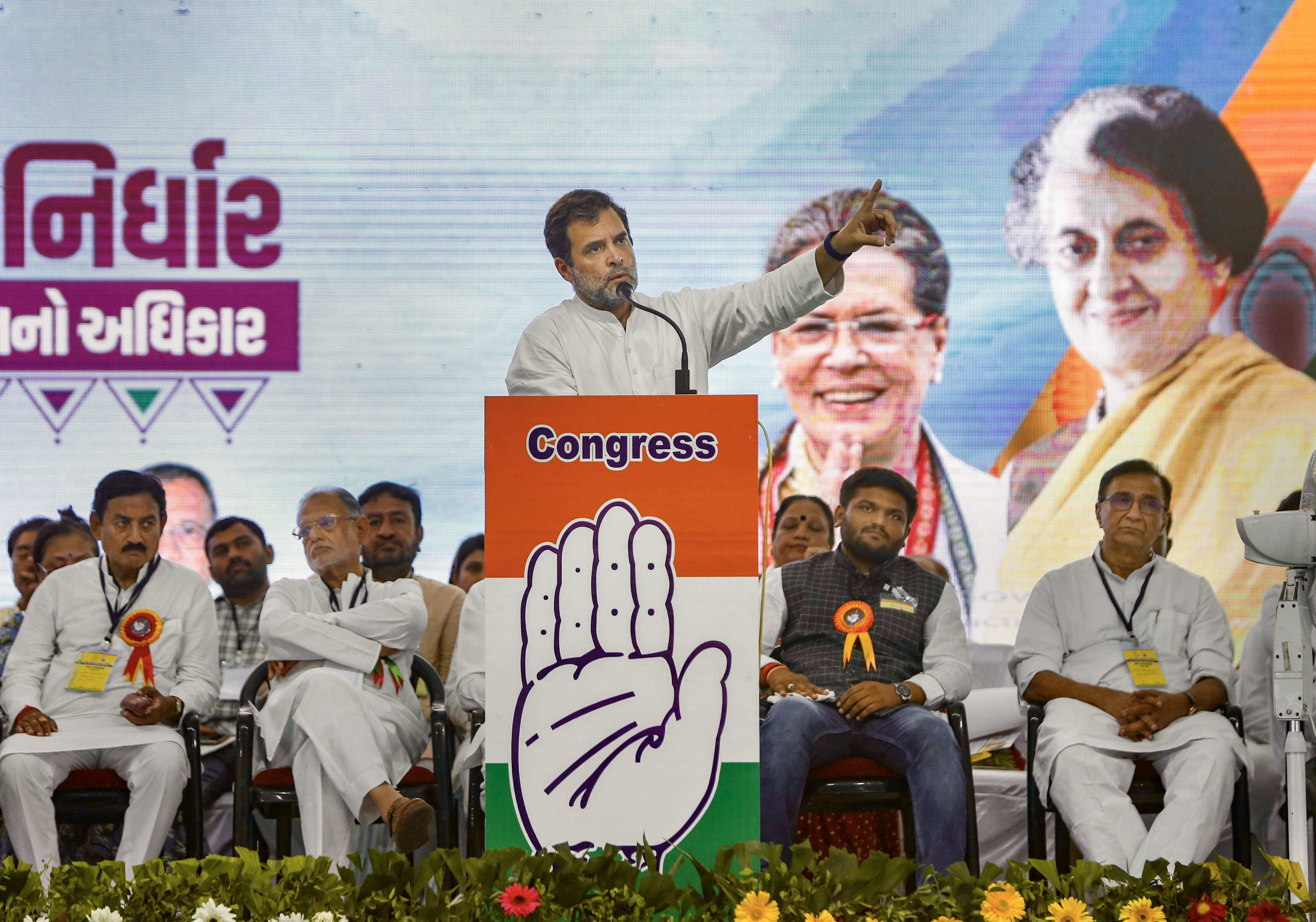 Congress leader Rahul Gandhi today launched the party’s election campaign for Gujarat from the tribal belt of Dahod, accusing the government of creating “two Indias” — one for the rich and the other for the poor.

Rahul said, “The work Narendra Modiji started in Gujarat is now being replicated across India in the name of ‘Gujarat model’. Two Indias are being created — one India for the rich, for a few select people, billionaires and bureaucrats who have power and money, and the second India for common people.”

Gandhi’s presence in Dahod today signalled the ongoing tug-of-war between the Congress and the BJP for the tribal support in the 182-member Gujarat Assembly which goes to polls later this year.

Of late, the Congress is battling defections by tribal leaders, with former MLA Manilal Vaghela quitting the party to join the BJP in 2021. He is a frontrunner to challenge Independent MLA Jignesh Mevani from Vadgam.