Challenge is aimed at supporting start-ups, micro, small, and medium enterprises in defence and aerospace sector 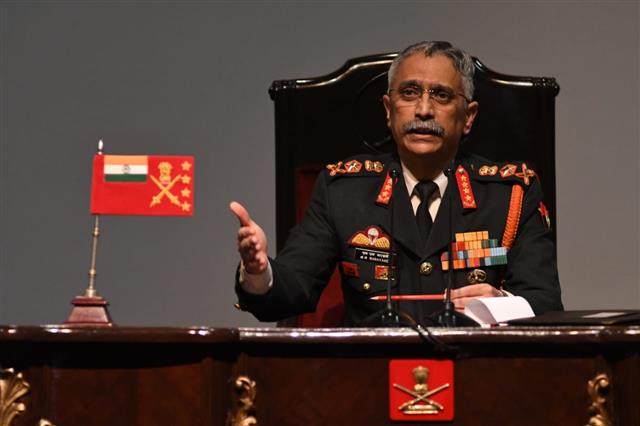 Army Chief General M M Naravane will inaugurate the Ahmedabad Design Week (ADW) organised by Karnavati University here on February 26 on the theme “Design and Innovation in Defense and Aerospace”.

The university has organised the third edition of the design week on theme design and innovation in defence and aerospace, in line with the Centre’s mission of achieving Atmanirbharta (Self-Reliance) in defence manufacturing in India, an official release said.

“The ADW will create a platform for starting a dialogue on the role of design in defence and aerospace, use of emerging technologies and bring together design practitioners, defence sector veterans and innovators to deliberate upon this. This will also be an opportunity to encourage innovators to explore the defence sector,” Ritesh Hada, President, Karnavati University said.

One of the key highlights of ADW 3.0 will be the final tranche of India’s biggest defence startup and innovation challenge, which will be hosted by the DRDO in association with the university.

The challenge is aimed at supporting start-ups, micro small and medium enterprises (MSMEs) and innovators to come up with unique solutions and breakthrough technology interventions in National Defence and Aerospace sector, he said.

“The challenge will encourage participants to create prototypes and enable them to commercialise products and solutions they have developed. The winning teams will be rewarded with prize money and angel funding of up to Rs 50 crore,” he said.

In an official release, Gen Naravane, was quoted as saying, “Designing takes the experience of the past, breaks the mould of the present, and looks to create things anew for the future. Wishing ADW 3.0 all the success in taking forward design and development in defence and aerospace sectors.” Apart from Gen Naravane, Director General – Technology Management , Defence Research and Development Organisation (DRDO) Hari Babu Srivastava will also remain present in the inauguration function, it was stated.