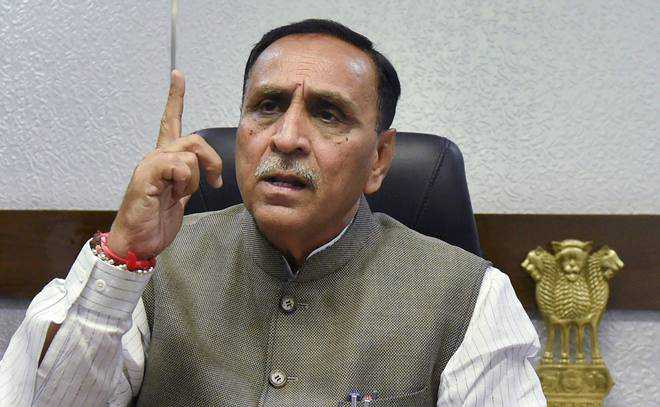 Ahmedabad: Gujarat CM Vijay Rupani on Friday blamed Tablighi Jamaat attendees for the spurt in Covid positive cases in the state. In a televised address to the people, he said but for the infection spread by those who attended the Jamaat congregation, Gujarat might not have been grappling with over 2,500 positive cases. “But the police and other Covid warriors have put the state in a position to effectively deal with the situation,” he said. OC

In a first, 42 CRPF officers commissioned via webinar

Gurugram: For the first time ever, the CRPF commissioned 42 officers into force through a webinar. Trained at the academy in Kadarpur village, the trainee officers, including four women, took the traditional “last step”. They completed their training on March 5, but the passing-out parade, scheduled for March 22, was put on hold owing to the Covid-induced lockdown. TNS

Anantnag: Two militants were killed by security forces in Kulgam district while they were trying to flee after abducting a policeman from his house. The abducted policeman was rescued while another cop was injured during the exchange of fire. The incident took place at Makdoora in the Arwini area of Kulgam district late Friday evening. OC

New Delhi: The Health Ministry on Friday wrote to all states to ensure smooth delivery of anti-tuberculosis medicines and therapies across districts under the TB Control programme. TNS