Given first aid on stage, descends the stairs on his own 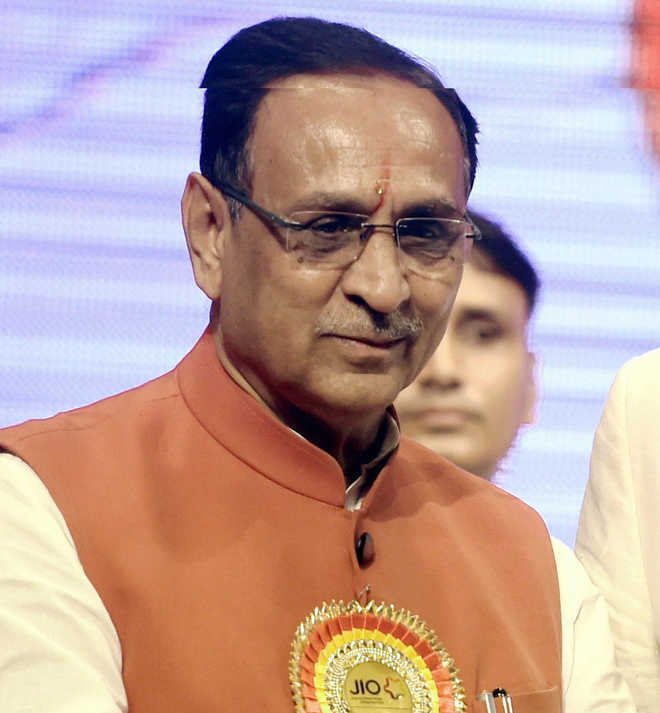 Rupani was given first aid on the stage. He was later seen descending the stairs of the stage on his own.

This was Rupani’s third political rally during the day in Vadodara.

“The chief minister collapsed while he was addressing the public meeting. His security guards caught hold of him when he fell. He was given first aid and is being taken to airport from where he will go to a hospital in Ahmedabad,” BJP leader Bharat Danger told a news channel.

“Rupani’s health was not proper for the last two days, but instead of cancelling his public meetings held in Jamnagar on Saturday and in Vadodara on Sunday, he preferred to go ahead,” Danger said, adding that Rupani is fine now.