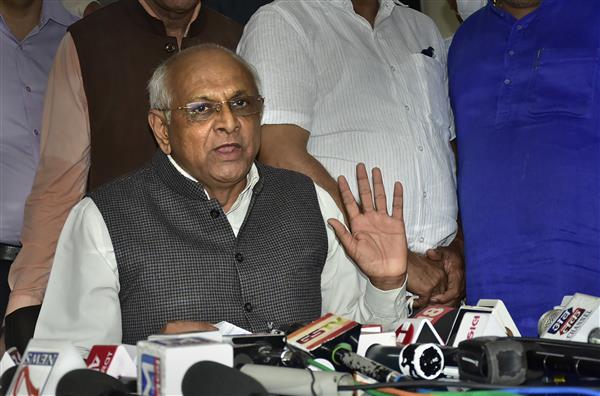 The swearing-in of new ministers in the Bhupendra Patel-led government in Gujarat was postponed till Thursday amid reports that “several sitting ministers are being dropped” to take care of the anti-incumbency factor.

The buzz that Patel may induct many new faces in his Cabinet is believed to have caused much heartburn among those reportedly being dropped.

Apparently, the swearing-in ceremony of the new ministers, whose names have not been declared so far, will be held tomorrow afternoon in Gandhinagar.

“The swearing-in ceremony of ministers will take place at 1.30 pm on Thursday,” Manish Bharadwaj, officer on special duty to Governor Acharya Devvrat was also quoted as saying by agencies

Earlier, the swearing-in ceremony was scheduled to be held on Wednesday.

According to reports, even the posters at Raj Bhavan had mentioned September 15 as the date for the ceremony. However, they were taken down this afternoon.

The sources say BJP’s Gujarat in-charge Bhupender Yadav has been holding marathon meetings in Gandhinagar for the last two days to finalise the names in the new Cabinet.