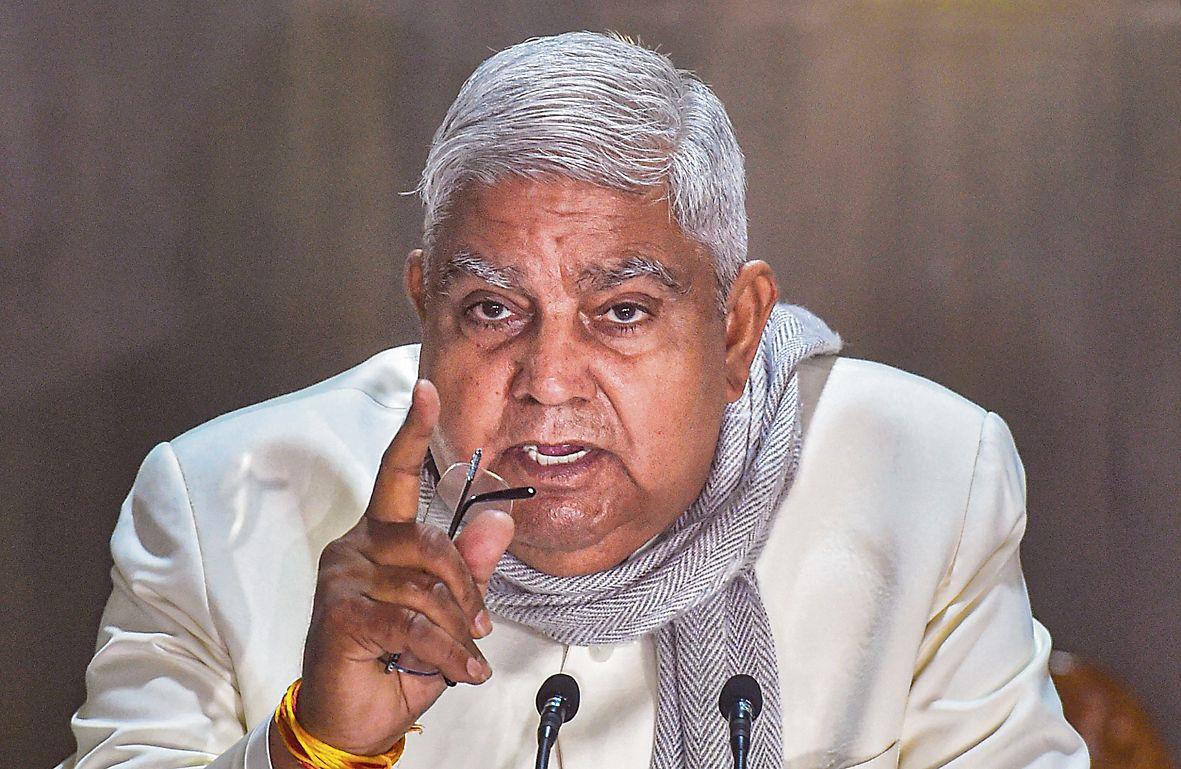 West Bengal Governor Jagdeep Dhankhar’s decision to visit northern part of the state soon after meeting Union Home Minister Amit Shah in Delhi has made his critics suspicious of his intent.

Dhankhar’s visit to north Bengal is in spotlight as BJP MP from Alipurduar John Barla has demanded the region to be carved out from West Bengal and made into a separate state.

As a reaction to Barla’s statement, some key figures from the BJP’s Alipurduar unit will join the state’s ruling Trinamool Congress (TMC) on Monday.

Dhankhar’s arrival at Siliguri’s Bagdogra airport may actually coincide with the event which will take place at Alipurduar, 176 km to the east of Siliguri.

The Trinamool Congress (TMC), as expected, has started accusing the BJP of trying to split Bengal to avenge the defeat handed out to the party by the state’s electorate in the recently held Assembly polls.

Dhankhar returned to Kolkata on Saturday after spending more than three days in Delhi. The Governor, who went to Delhi from Kolkata on June 15, was supposed to return to Kolkata on June 18. But he postponed return journey by a day to meet Shah for the second time during the tour. Dhankhar had already met Shah on June 17. But some unfinished business best known to them necessitated a second meeting on Saturday.

Incidentally, while the NHRC has ordered a probe into the incidents of post-poll violence in West Bengal, the CBI is investigating a coal scam in the state in which heavyweight politicians are allegedly involved.

Back in Kolkata, Dhankhar is again packing him bag for his north Bengal tour. A Raj Bhavan communiqué on Sunday said, “Dhankhar will be on a weeklong visit to north Bengal from tomorrow. The Governor will be reaching Bagdogra Airport on June 21 and after a brief media interaction will proceed to Darjeeling with a stopover at Kurseong.”

Incidentally, Dhankhar was trolled on Twitter earlier as he took to the micro-blogging site to post his picture with a caption where he referred to a table apparently used by Lord Curzon to sign the 1905 Partition of Bengal papers as “iconic”. Curzon’s decision had triggered massive protests and sowed the seed of mass unrest against the British occupation of India.

Kolkata: The WB Govt has filed an application before the Calcutta High Court seeking recall of its order that directed the chairperson of the National Human Rights Commission to constitute a committee to examine all cases of alleged human rights violations during post-poll violence in the state. The application has been listed for hearing on Monday. PTI

Kolkata: In a major setback for the BJP in north Bengal, where it fared well in the Assembly polls, president of the party’s Alipurduar district unit Ganga Prasad Sharma on Sunday said he will shortly be joining the TMC. Sharma said he was “finding it hard to put up with the policies” of the saffron party, and working for people have become increasingly difficult for him. PTI