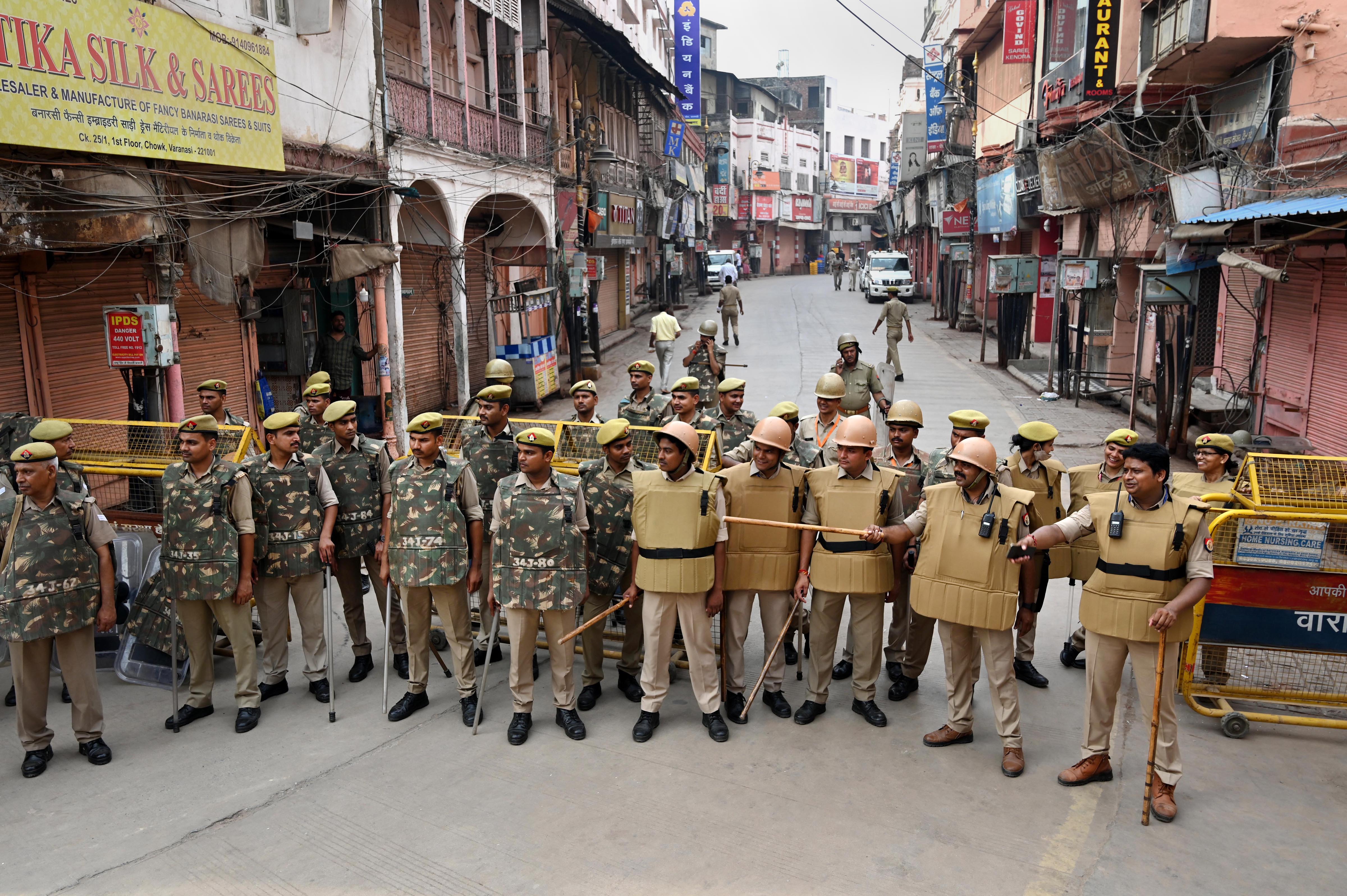 Policemen stand guard during the third and last day of a videographic survey at Gyanvapi mosque complex in Varanasi on Monday. PTI

The confidential court-mandated Gyanvapi mosque complex survey in Varanasi concluded today with Civil Judge Ravi Kumar Diwakar issuing directions on sealing a portion of the complex after Hindu petitioners claimed the discovery of a “Shivling” close to the “wazookhana” (water tank used to perform ritual ablutions before namaz).

The Varanasi judge has directed the district magistrate, police commissioner and CRPF commandant to ensure the security of the sealed area. While the lawyer representing a group of Hindu women, who have sought year-long access to pray at the Shringar Gauri shrine in the complex, claimed that “a Shivling was found after water was drained from the tank,” the mosque management committee spokesperson said the object was part of a “fountain” and termed such claims “incorrect”.

Lawyers representing the mosque committee were not fully heard before the sealing order was announced, Muslim groups claimed. UP Deputy CM Keshav Prasad Maurya expressed satisfaction over the development even as AIMIM chief Asaduddin Owaisi said Muslims were not prepared to lose “another mosque” after Babri Masjid. The Supreme Court will on Tuesday hear a petition seeking to halt the survey and videography of the complex located next to the Kashi Vishwanath temple. The complex has been a bone of contention between Hindus and Muslims over the right to worship at the shrine. Last Friday, the controversy surrounding the survey of the complex reached the apex court, which refused to pass any orders to stop it.

The local court is hearing a plea by a group of women seeking permission for daily prayers before the idols on the mosque’s outer walls. The survey was earlier stalled by the mosque management, alleging that the commissioner assigned with the task was biased. The next order of the local court will be known only after the survey report is submitted, most likely on Tuesday.

“All parties were satisfied with the work,” Varanasi DM Kaushal Raj Sharma was quoted as saying. “Till the submission, nobody should disclose what has been found. However, if anyone is disclosing it on his own, its authenticity cannot be proved,” he said.