Called ‘Cats warrior’, it will have an unmanned fighter jet controlled by pilots in another fighter jet flying a few hundred kms behind 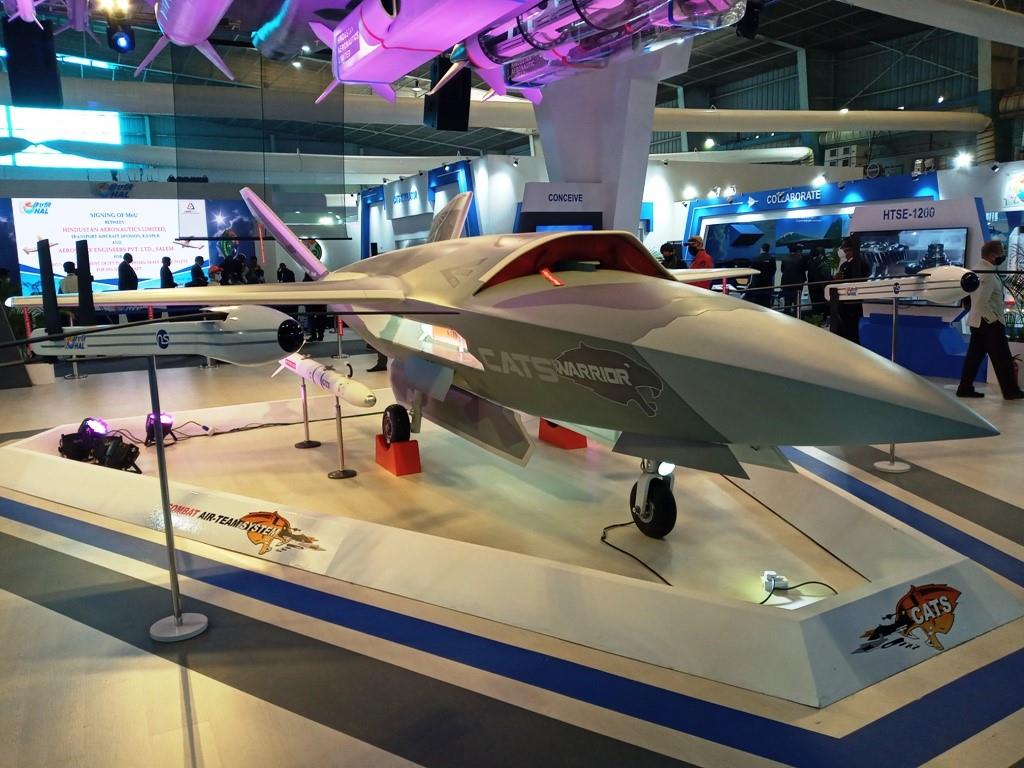 It showcased a programme to make an unmanned fighter jet, which will be part of a pack of manned-jets and have the capability to go deep into enemy territory and hit a target.

Called ‘manned–unmanned’ teaming, this is the latest concept and technology in aerial warfare.

The US has allotted a project to three of its manufacturers in December last year to make such unmanned jets.  The US companies is a few years ahead as it has already demonstrated the capability by conducting such a flight.

The HAL programme called the ‘Cats warrior’ will have an unmanned fighter jet controlled by pilots in another fighter jet flying a few hundred kilometres behind. The unmanned jet will not just be beaming pictures of live battlefield scenario, it carries a set of missiles to targets in the air as well as on the ground.

The HAL team led by Chairman and Managing Director R Madhavan briefed the media on the ‘Cats-warrior’   programme at the Aero India here saying, “We will be ready to fly it in four-five years time and have put in Rs 400 crore of our own money on the project.” So far, it is being ‘mated’ with Tejas and the Jaguar.

A team member who showed The Tribune a full-scale model on display at the Aero India said this low-cost autonomous jet will partner manned aircraft to increase air-combat power.

“Cats is future of HAL,” said the HAL team at the press conference. The manned jet will remain in own territory the ‘cats warrior’ will fly ahead and hit target 700 kms away.