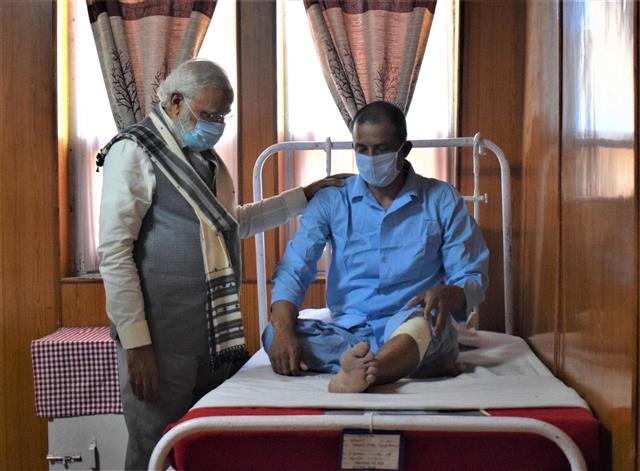 PM Narendra Modi at the hospital in Leh.

After the Army was questioned on social media about the status of the medical facility Prime Minister Narendra Modi visited in Leh on Friday, it clarified on Saturday that the facility is part of the crisis expansion capacity of 100 beds and is very much part of the General Hospital complex.

The Covid-19 protocol had necessitated some wards of the General Hospital to be converted into isolation facility, said an Army statement.

“The hall which otherwise is used as a training audio-video hall, was converted into a ward ever since the hospital was also designated as a Covid treatment hospital. The injured soldiers from the Galwan Valley clash (June 15-16) have been kept there since their arrival to ensure quarantine from Covid areas.

“There have been malicious and unsubstantiated accusations in some quarters regarding the status of the facility visited by the Prime Minister,” the Army said.

Army chief General MM Naravane and Commander Lt Gen YK Joshi had also visited the injured soldiers at the same location, officials said, pointing out to the images of  the Army chief and the Commander in the same hall meeting the injured on earlier occasions.

The Army response comes after people have been asking questions on social media if the place visited by the PM was a hospital since audio-visual equipment like overhead projectors is visible and no ‘hospital-like’ ancillary equipment can be seen.

The Army, in a statement, said it is unfortunate that aspersions are being cast on how our bravehearts are being treated.