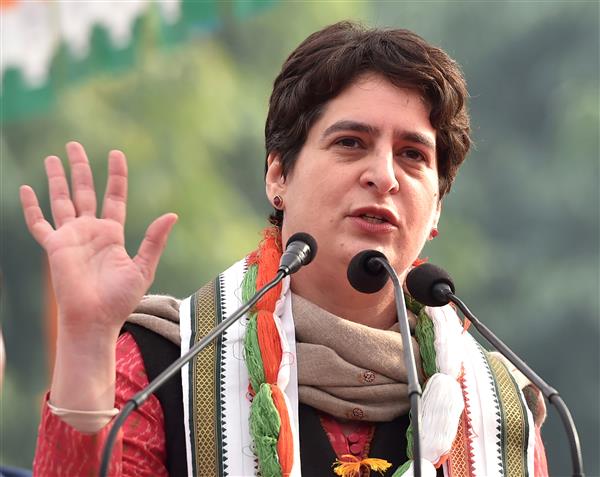 Congress general secretary Priyanka Gandhi Vadra on Friday welcomed the Allahabad High Court summoning top Uttar Pradesh officials to appear before it in connection with the alleged gang-rape and murder of a 19-year-old Dalit woman in Hathras district and said it is a ray of hope for the affected family.

“A strong and encouraging order from the Lucknow bench of Allahabad High Court. The entire nation is demanding justice for the Hathras rape victim. The HC order shines a ray of hope amidst the dark, the inhuman and unjust treatment meted out to her family by the UP Government,” she said on Twitter.

A senior Uttar Pradesh police officer has said the forensic examination on the woman who died at Delhi’s Safdarjung Hospital on Tuesday did not indicate rape.

Expressing shock at the alleged rape and murder of the woman and her forcible cremation subsequently, the Lucknow bench of the Allahabad High Court on Thursday summoned top government officials to the court.

A strong and encouraging order from the Lucknow bench of Alld HC. The entire nation is demanding justice for the Hathras rape victim. The HC order shines a ray of hope amidst the dark, inhuman and unjust treatment meted out to her family by the UP Govt.https://t.co/kj55XGMK3B

A division bench of justices Rajan Roy and Jaspreet Singh ordered the Uttar Pradesh additional chief secretary, state police chief and an additional director general of police to appear before it on October 12 to explain the incident.

Taking suo moto cognisance of the case, which has triggered widespread outrage, the bench also ordered Hathras district magistrate and superintendent of police to appear with to apprise the court of various aspects of the case, including the ongoing probe into it.

“The incidents which took place after the death of the victim on September 29, 2020, leading up to her cremation, as alleged, have shocked our conscience. Therefore, we are taking suo moto cognisance of the same,” the bench said in its order.

The bench also asked the late teen’s parents to come to the court to apprise it of their versions of the incident and ordered the Hathras district administration to arrange for their travel to the court and facilitate their appearance before it. PTI