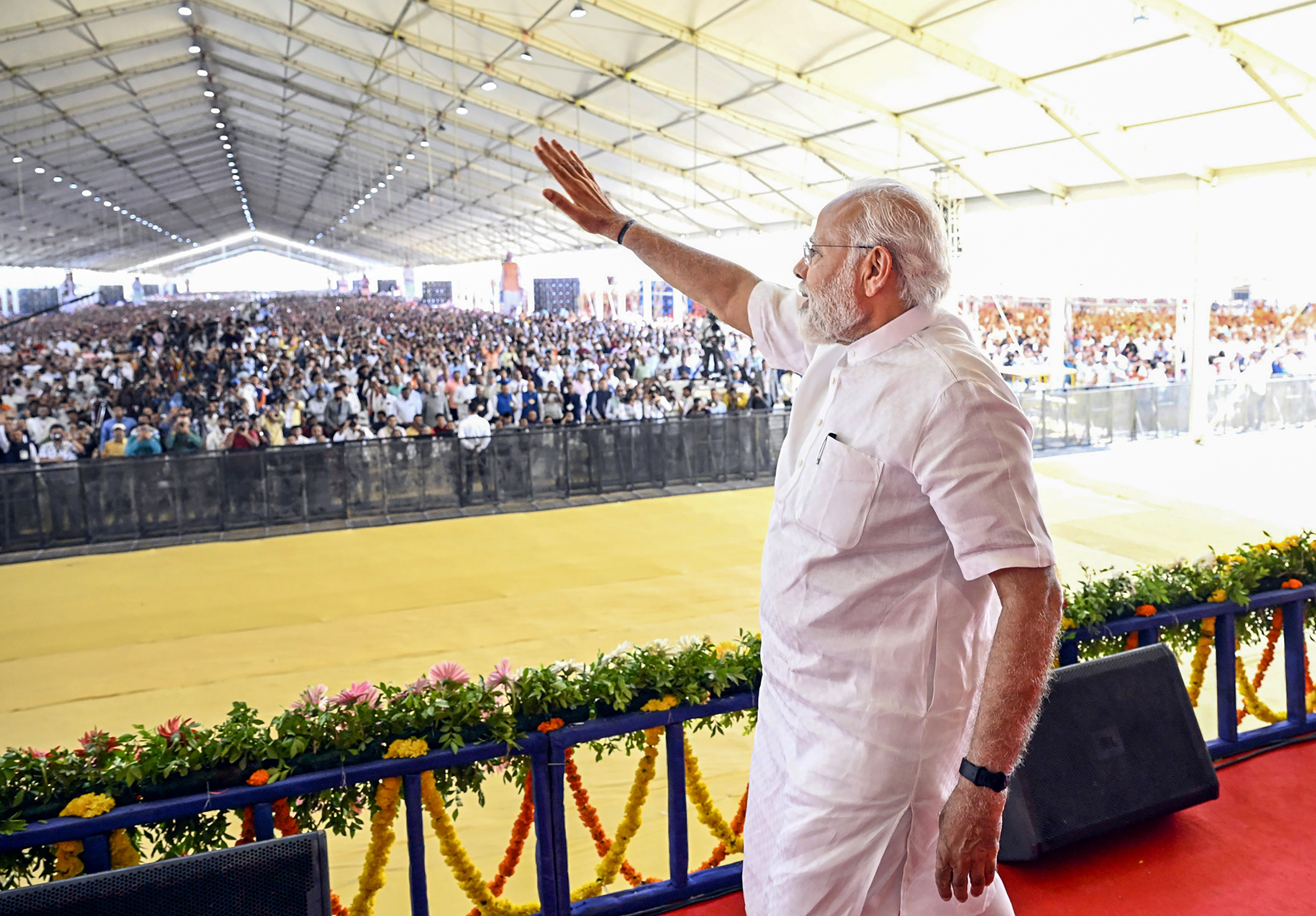 Prime Minister Narendra Modi today said in the last eight years after his government came to power, he did not spare any effort in serving the country and did not indulge in anything that would make the people hang their heads in shame.

I have neither allowed nor done any such work that will make people of India hang their heads in shame. PM

Addressing an event in poll-bound Gujarat, the Prime Minister said his government had made an honest attempt to build the India that Mahatma Gandhi and Sardar Patel had dreamt of.

“I have neither allowed nor personally done any such work that will make people of India hang their heads in shame. In the past eight years, we worked to protect the dignity of the poor,” he said at the inauguration of the Matushri KDP Multispecialty Hospital in Atkot town of Gujarat’s Rajkot district.

Speaking in Gujarati, the Prime Minister complimented the Patel community for their “great work in public service”. “It is apt that I am on Gujarat soil on the eve of eight years of service to the motherland,” the PM said, bowing to the people of Gujarat for giving him an opportunity to serve the nation.

“Mahatma Gandhi wanted an India in which the poor, Dalits, tribals and women are empowered, where cleanliness and health are part of life, where economy is based on ‘swadeshi’ (local) solutions,” Modi said, adding that his government had worked for all this. The PM said the prices of fertilisers had increased due to the pandemic and war in Ukraine, but the government ensured that farmers did not face scarcity of urea and other inputs.

Home Minister Amit Shah, who is also in home state Gujarat to take part in public functions over the weekend, would take stock of the BJP’s preparedness in the poll-bound state, said sources. Starting his day by offering prayers at the Dwarkadhish Temple, Shah visited the National Academy of Coastal Policing (NACP) and met trainees of the Coastal Police Academy in Okha.

Later, Shah, who is also the Cooperation Minister, was present at the ‘Sahakar Se Samriddhi’, a seminar of leaders of various cooperative institutions, and the inauguration of the Nano Urea (Liquid) Plant at IFFCO, Kalol, by PM Modi.

Shah will also be seen at the IPL finals between Gujarat Titans and Rajasthan Royals at Narendra Modi Stadium in Ahmedabad on Sunday. Gearing up for the Gujarat Assembly elections due later this year, the BJP is leaving no stone unturned to retain the state that it has been ruling since March 1998. The BJP has been trying to keep by its side the politically critical Patidars of Saurashtra, the region that proved to be among its weakest links in 2017.