Have written to Prez, spoken with PM on current political situation: Rajasthan CM

Congress MLAs are holed up in a hotel 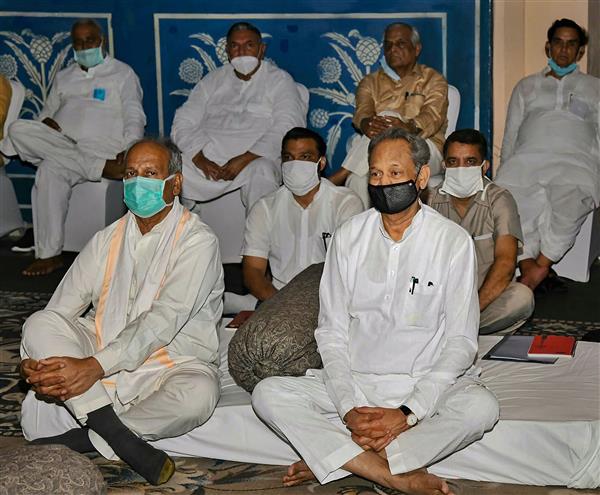 Rajasthan CM Ashok Gehlot during a prayer meeting organised under the 'Save Democracy-Save Constitution' protest against the BJP-led Central government, at a hotel in Jaipur, on Monday, July 27, 2020. PTI

Gehlot had also written a letter to the prime minister on the matter a few days ago.

“The chief minister told that he has spoken to the prime minister and apprised him of the current political situation in the state,” a Congress leader said after a meeting at a hotel where MLAs are holed up following rebellion by Sachin Pilot against the Gehlot government.

Pilot has been stripped of his position as deputy chief minister and Rajasthan Congress chief.

The chief minister addressed MLAs at the meeting after a Prarthna Sabha. The meeting was attended by senior Congress leaders also. — PTI